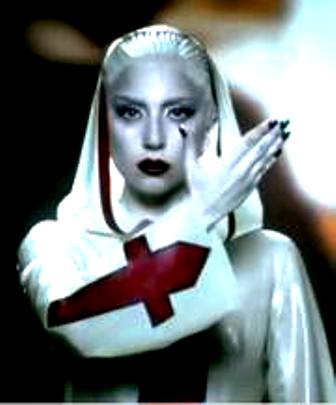 America’s youth is being immorally brainwashed and it’s happening on daytime television.  This week, anti Christian advocate Lady Gaga performed her song which cheers on Judas (Christ’s betrayer) in between crotch grabs and a kissing finale with Ellen DeGeneres. Furthermore this week, America’s brave men and women are being forced to accept homosexuality even if it’s against their religious beliefs. America is on a clear path to moral destruction and we better wake up before we join hands with Gaga on the long road downwards.

I wasn’t going to speak of Gaga’s antics because frankly she thrives on the chatter of the masses. However, this past week, the Liberal agenda has been pushed on us (oddly enough after Christians celebrate the resurrection of Christ).

I hear Gaga-ers say all the time “I just like her music and I like the beat.” However, these beat lovers still sing along to the words of her songs.  Over all the synthesizers and computerized beats, one has to look at the lyric sheet in order to understand what she’s saying. I recently heard someone say that Gaga is ‘’brilliant.” Really? Tell me how ‘’brilliant” this excerpt is from her latest song ‘Judas’:

“In the most Biblical sense, I am beyond repentance. Fame hooker, prostitute wench, vomits her mind. But in the cultural sense I just speak in future tense. Judas kiss me if offenced, Or wear an ear condom next time.
I wanna love you, but something’s pulling me away from you. Jesus is my virtue, And Judas is the demon I cling to.”

I know those on the other side of the isle will twist Scripture and claim that as Christians we shouldn’t’ judge. They love throwing that word ‘’judge’’ around when it is advantageous for them! This isn’t judging. This is doing our job as followers of Christ to call out darkness when we see it so that those who are being deceived can also see it. On a side note, can you imagine if someone released a song like this blaspheming Mohammed? Imagine the uproar in the one sided politically correct America! She’d be Headless Gaga.

As Christians, we must be aware of people like this that have such an immense impact. I don’t care if it is through music, movies or any other large avenue. We know Satan will use people like this to sway the masses and it is happening in America every day more and more. I know many think of Satan as some fictitious red bodied character that stands with a long ponted tail and a pitchfork.  Let us remember what Scripture tells us; “Be sober, be vigilant; because your adversary the devil, as a roaring lion, walketh about, seeking whom he may devour:” (1 Peter 5:8). We need to remember that Satan is the great deceiver, a liar and a thief. To deceive is described as “To mislead by a false appearance or statement; delude”.  That is exactly what he is doing. He is deceiving the masses and conveying his message through Gaga. Worst of all, he is aiming it at America’s youth to spur the upcoming generation that his way is the truth.

As Christians this should offend us and we should stand up for our Savior. Yes, we know the Jesus will defeat Satan forever when He returns (Rev 20:10) but in the meantime why aren’t more Christians stepping up and speaking out? I wonder what Jesus thinks when He looks down upon the masses clapping their hands and cheering her on. It reminds me of that picture where Jesus is looking down on the Earth with a tear falling from his eye. So next time you find yourself enthusiastically bouncing to atheistic Gaga song, think about the suffering Jesus went through for you on the cross… But hey, it has a good beat right? Well, enjoy the beat while knowing that Satan is tapping his foot right along with you. 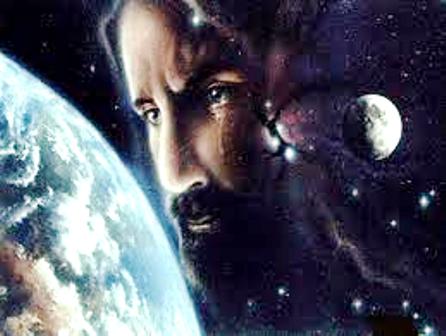