In a grotesque video for the song “G.U.Y.,” Gaga has “resurrected” Jesus, Gandhi and Michael Jackson after calling on her false gods. Listen to the demon-inspired lyrics: “Greetings Himeros/God of sexual desire, son of Aphrodite/Lay back, and feast as this audio guides you through new and exciting positions.” 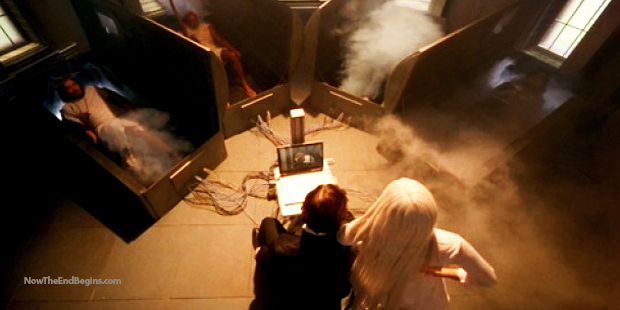 Just in time for Easter

In a grotesque video for the song “G.U.Y.,” Gaga has “resurrected” Jesus, Gandhi and Michael Jackson after calling on her false gods. Listen to the demon-inspired lyrics: “Greetings Himeros/God of sexual desire, son of Aphrodite/Lay back, and feast as this audio guides you through new and exciting positions.”

At one point in the video, Gaga not only resurrects Jesus from a tomb but also clones Him with the aid of horned females. Gaga also takes on the form of a fallen angel—some Internet chatter suggests she’s channeling Satan—only to be born again.

At the heart of the song is a sex-change theme, suggesting it may not matter if you were “born this way” after all. Gaga sings her intentions, explaining that the girls are the “G.U.Y.s,” meaning “Girl Under You,” and the guys are the “G.I.R.L.s,” meaning “Guy, I’m Romancing Loves.” The video simulates various semi pornographic group encounters, synchronized to the beat of the Billboard Top 100 song.

It’s sickening. It’s blasphemous. It’s sinful on multiple levels. But apparently that doesn’t bother California officials, who are more concerned that Gaga “wasted a massive pool of water” at the Neptune Pool at Hearst Castle, where the video was shot, while the state suffers a historic drought. (Gaga denies it.) And Real Housewives of Orange County star Tamara Judge is peeved that Real Housewives of Beverly Hills stars were in the video and she wasn’t.

After a flood criticism from Christians and conservatives, though, some are defending the pop star. Indeed, apparently Gaga has now officially reached martyr status. British pop singer Lily Allen rushed to Gaga’s defense in a Rolling Stone magazine article: “If she’s not succeeding commercially because she’s standing by what she does as art, then that’s a (expletive) great thing,” Allen said. “That’s to be commended. That’s what makes a martyr. There’s nothing wrong with that.”

We need to turn the world upside down. Lady Gaga a martyr? Jesus was the martyr, and He died for Gaga’s sins. I can’t imagine how grieved the Holy Spirit must be—not merely by the sexual immorality but the Jesus mockery and more—in Gaga’s video. Friends, this is what today’s youth are watching. It’s one of the most popular videos on the planet.

Where do we go from here?

We need to continue praying for our youth because they live in an age where sexual immorality is positioned as the new norm. We need to pray for Christians who won’t compromise with the spirit of this world to rise up in the entertainment industry and reach the unsaved masses with Holy Spirit-inspired music. And, yes, we need to pray for Lady Gaga, who appears to be one of the blind leading the blind into a place where she’ll no longer be able to find Christ, much less mock His resurrection. source – CNews