In a series of tweets he said: 'Every single French Jew I know has either left or is actively working out how to leave'.... 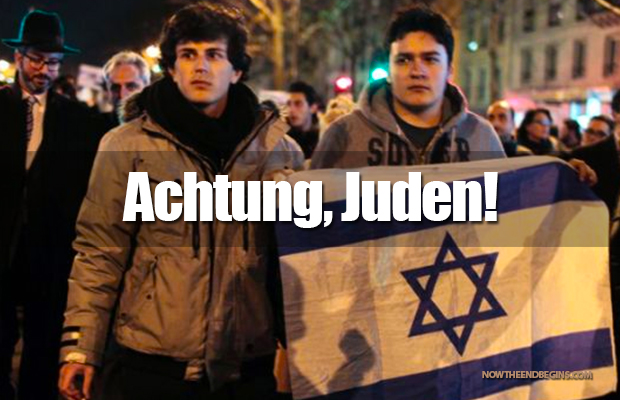 This afternoon police ordered all shops in a famous Jewish neighborhood in central Paris to close.
by Geoffrey Grider January 10, 2015
NOW THE END BEGINS SHARE:

Jews are fleeing terror-hit Paris because of growing anti-Semitism in France, one of Britain’s most influential Jewish journalists said today

“For, lo, the days come, saith the LORD, that I will bring again the captivity of my people Israel and Judah, saith the LORD: and I will cause them to return to the land that I gave to their fathers, and they shall possess it.” Jeremiah 30:3

The prophet Jeremiah, speaking of the last days, said that there would be a regathering of God’s chosen people back to Israel the Promised Land. Just as God used Hitler’s Holocaust to reestablish Israel in 1948, He is once again using the lash of persecution to drive His people home.

Stephen Pollard, editor of the Jewish Chronicle, spoke out after an Islamic terrorist took six people hostage and held them captive in a Kosher supermarket in the French capital.

This afternoon police ordered all shops in a famous Jewish neighborhood in central Paris to close.

The mayor’s office in Paris announced the closure of shops along the Rosiers street in Paris’ Marais neighborhood, in the heart of the tourist district and less than a mile away from the offices of satirical magazine Charlie Hebdo where 12 people were killed on Wednesday.

Hours before the Jewish Sabbath, the street is usually crowded with French Jews and tourists alike. Mr Pollard said today’s terror attack in Paris, linked to the massacre at the office of Charlie Hebdo, will force more French Jews to flee the country.

Many are moving to Britain or to Israel, according to a report published in the newspaper last year. He said the fact that a terrorist had chosen to target a Jewish store was no ‘fluke’.

In a series of tweets he said: ‘Every single French Jew I know has either left or is actively working out how to leave‘.

‘So, it’s a fluke that the latest target is a kosher grocer, is it? ‘What’s going on in France – outrages that have been getting worse for years – put our antisemitism problems in perspective’.

Antisemitism in France: the exodus has begun – Telegraph http://t.co/qnlPUDysGc

The hostage situation in the Porte de Vincennes part of the city is ongoing today.

But amid fears the terror attack may be linked to anti-Semitism police have also demanded that shops on Rue des Rosiers, in the Jewish quarter of Paris, to close early ‘as a precaution’ in case of further violence.

18 months ago France had around 500,000 Jewish residents – the largest population in the EU – but this may now be below 400,000, Mr Pollard’s newspaper said. source