Sorry Pastor Hagee, But The Jewish People Need Jesus For Salvation Too

Texas mega-church pastor John Hagee loves Israel, as his multi-million dollar organization Christians United For Israel will attest to. And ostensibly, that love is returned to him by the Jewish people. But have you ever stopped to wonder why we never hear stories of Jews coming to salvation to Jesus Christi through Hagee's efforts? The sad truth is, they don't because he doesn't preach Jesus to them. John Hagee teaches the damnable heresy of Dual Covenant Salvation, which purports that Jews don't need Jesus because God made a covenant with Abraham. 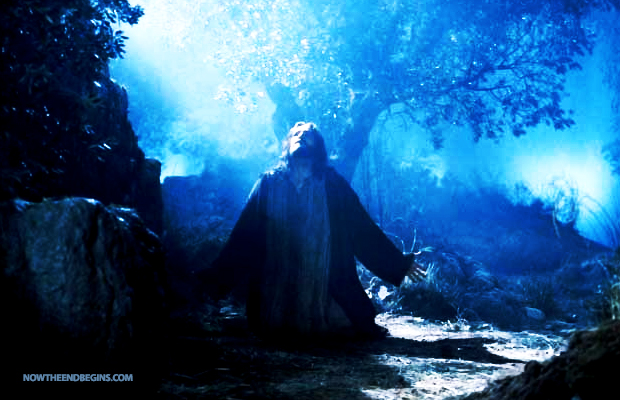 To add anything to the work that Christ did for salvation is to negate God’s grace. We are saved by grace alone, through faith alone, not by returning to the Law.

EDITOR’S NOTE: Texas mega-church pastor John Hagee loves Israel, as his multi-million dollar organization Christians United For Israel will attest to. And ostensibly, that love is returned to him by the Jewish people. But have you ever stopped to wonder why we never hear stories of Jews coming to salvation to Jesus Christi through Hagee’s efforts? The sad truth is, they don’t because he doesn’t preach Jesus to them. John Hagee teaches the damnable heresy of Dual Covenant Salvation, which purports that Jews don’t need Jesus because God made a covenant with Abraham. For more on that, click here. ***And before you swamp me with email, I have been told by Jews who live in Israel, that John Hagee personally told them that “they don’t need Jesus” because of the “covenant that God made with Abraham”.

“For unto us a child is born, unto us a son is given: and the government shall be upon his shoulder: and his name shall be called Wonderful, Counsellor, The mighty God, The everlasting Father, The Prince of Peace.” Isaiah 9:6 (KJV)

After my article on Rabbi Eckstein and his International Fellowship of Christians and Jews, I received a few emails which prompted me to write this article. Most of the responses to the piece were positive, though many were very remorseful for the amount of money they have given to IFCJ over the years.

When Hagee released this book a few years back, claims he made about Jesus were deemed so heretical that Hagee was forced to remove all of chapter 10 and rewrite it to correct his heresy. This clip is the one of the few surviving copies of the official television commercial Hagee made to promote his book. At the very least, John Hagee will not be able to deny he said these things.

But the most disturbing emails were from people who think that Jews don’t need Jesus! That is a lie from the pit of hell, and I can just hear the evil one whispering it to Christians. The Jewish people need Jesus just as much as anyone else. He is the only way to heaven!

The Scripture says “all” and that means that all people must repent and trust Jesus for Salvation. No exceptions. No special arrangements with the Jewish people.

The Hebrew Roots cult is demonically inspired, and will cause untold number of people to remain unsaved. Some people think that it’s fine to give to Rabbi Eckstein, because he is furnishing food and clothes to needy Jewish people. I had one person say that I should not judge the Rabbi. Really? I should not tell people that he has become a millionaire from their donations? I should not tell people that Rabbi Eckstein does not believe in Jesus as Messiah, and hates people like me – Jewish believers? I strongly disagree.

These same Hebrew Roots people are making the Blood of our Savior to no avail. That means that He hung on the Cross, and suffered and died for nothing! They believe that keeping the feasts, and keeping kosher, and learning Hebrew is the key to salvation. Why would the Father send His only begotten Son to pay the sin debt for us, if it was not enough? This is not the Gospel of Jesus Christ. Somehow, the Hebrew Roots people were told by someone that they must become like Jews to really be saved. They are modern day Judaizers!

Question: “Who were the Judaizers?”

Answer: There have always been those who balk at the idea of God’s salvation being offered freely to those who believe. They reason that such a grand gift as forgiveness from such a holy God must require some kind of payment from us. We thank God for His grace, but we understand that He expects us to somehow earn that grace—in other words, there must be something that we can do to pay off the debt we owe to God.

In the early church, those who taught a combination of God’s grace and human effort were called “Judaizers.” The word Judaizer comes from a Greek verb meaning “to live according to Jewish customs.” The word appears in Galatians 2:14 where Paul describes how he confronted Peter for forcing Gentile Christians to “Judaize.”

JOHN HAGEE QUOTE: “The Jewish people have a relationship to God through the law of God as given through Moses,” Hagee said. “I believe that every Gentile person can only come to God through the cross of Christ. I believe that every Jewish person who lives in the light of the Torah, which is the word of God, has a relationship with God and will come to redemption. “The law of Moses is sufficient enough to bring a person into the knowledge of God until God gives him a greater revelation. And God has not,” said Hagee

A Judaizer taught that, in order for a Christian to truly be right with God, he must conform to the Mosaic Law. Circumcision, especially, was promoted as necessary for salvation. Gentiles had to become Jewish proselytes first, and then they could come to Christ. The doctrine of the Judiazers was a mixture of grace (through Christ) and works (through the keeping of the Law). This false doctrine was dealt with in Acts 15 and strongly condemned in the book of Galatians.

At the Jerusalem Council in Acts 15, a group of Judaizers opposed Paul and Barnabas. Some men who belonged to the party of the Pharisees insisted that Gentiles could not be saved unless they were first circumcised and obeyed the Law of Moses. Paul made the case that, in Christ, there was no longer any distinction between Jew and Gentile, for God had purified the hearts of the Gentiles by faith (Acts 15:8–9). He said it plainly in Galatians 2:16: “A man is not justified by observing the law, but by faith in Jesus Christ. So we, too, have put our faith in Christ Jesus that we may be justified by faith in Christ and not by observing the law, because by observing the law no one will be justified.”

To add anything to the work that Christ did for salvation is to negate God’s grace. We are saved by grace alone, through faith alone, not by returning to the Law. “I do not set aside the grace of God, for if righteousness could be gained through the law, Christ died for nothing” (Galatians 2:21).

The Roman Catholic Church teaches a doctrine similar to that of the Judiazers of the New Testament in this way: its doctrine is a mixture of law and grace. At the Council of Trent in the 16th century, the Catholic Church explicitly denied the idea of salvation by faith alone. Catholics have always held that certain sacraments are necessary for salvation. The issues for the 1st-century Judiazers were circumcision and Sabbath-keeping. The issues for modern-day Catholics are baptism, confession, etc. The works considered necessary may have changed, but both Judiazers and Catholics attempt to merit God’s grace through the performance of ritualistic acts.

First Timothy 4:3 says that, in later times, false teachers will “forbid people to marry and order them to abstain from certain foods, which God created to be received with thanksgiving by those who believe and who know the truth.” This sounds suspiciously close to some of the teachings of Roman Catholicism, which requires priests to be celibate (“forbidding to marry”) and proclaims some food to be off-limits during Lent (“abstaining from certain foods”).The Judiazers upheld the Mosaic Law as necessary for salvation; Catholics uphold man-made tradition as necessary; both view Christ’s death as being insufficient without the active and continued cooperation of the one being saved.

The Bible is clear that the attempt to add human works to God’s grace overlooks the very meaning of grace, which is “undeserved blessing.” As Paul says, “If by grace, then it cannot be based on works; if it were, grace would no longer be grace” (Romans 11:6). Praise the Lord, “Stand fast therefore in the liberty wherewith Christ hath made us free, and be not entangled again with the yoke of bondage.” Galatians 5:1 (KJV). [1] – source

Brethren, what did John the Baptist say when he saw Jesus approaching him?

“The next day John seeth Jesus coming unto him, and saith, Behold the Lamb of God, which taketh away the sin of the world.” John 1:29 (KJV)

He didn’t say “Behold, here is One who will help to take away the sin of the world.” His sacrifice on that Cross was payment for all sin, and He offered this to “Whosoever” would believe.

“For God so loved the world that He gave His only begotten Son, that whoever believes in Him should not perish but have everlasting life. For God did not send His Son into the world to condemn the world, but that the world through Him might be saved.” John 3:16-17 (KJV)

I have noticed that most people I meet who are part of the Hebrew Roots cult, seem so mean spirited. This is not a mystery! They have no joy, because they have not really come into relationship with Jesus Christ. He brings us joy. We can rest in Him.

He alone is our Shalom.

“Come unto me, all ye that labour and are heavy laden, and I will give you rest. Take my yoke upon you, and learn of me; for I am meek and lowly in heart: and ye shall find rest unto your souls.” Matthew 11:28-29 (KJV)