Israeli archaeologists at Bar-Ilan University have discovered an entrance gate and other remnants of the Philistine city of Gath, which was mentioned in the bible as the home of... 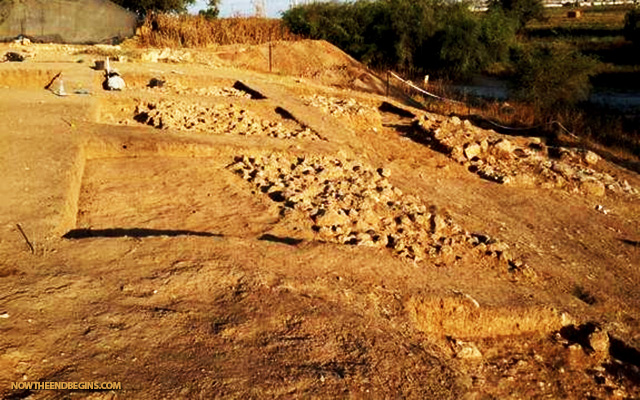 Israeli archaeologists at Bar-Ilan University have discovered an entrance gate and other remnants of the Philistine city of Gath, which was mentioned in the bible as the home of the giant Goliath, who fought and lost against the man who later became King David.

“And as he talked with them, behold, there came up the champion, the Philistine of Gath, Goliath by name, out of the armies of the Philistines, and spake according to the same words: and David heard them.” 1 Samuel 17:23 (KJV)

Professor Aren Maeir and his colleagues conducted the excavations in the Tel Zafit national park, which is located between Ashkelon and Jerusalem. Gath was destroyed in 830 BC by Hazael, the king of Damascus.

“We knew that Philistine Gath in the 10th to ninth century B.C. was a large city, perhaps the largest in the land at that time,” Professor Maeir told the Live Science news outlet in an email. “These monumental fortifications stress how large and mighty this city was.”

“After finding a huge fortification, it is clearly the most important city of the 10th and ninth centuries,” added an archeology source according to Israel’s i24. 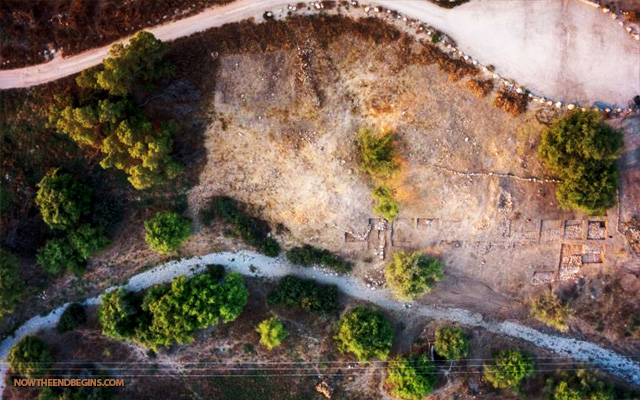 Aerial view of the lower city of Philistine Gath with Iron Age fortifications and gate in foreground . GRIFFIN AERIAL IMAGING

The gate is the largest of its kind to ever be discovered in Israel, according to Maeir, who said that that fact substantiates the theory that Gath was once a very influential city.

Other items discovered in the same excavation included a temple, an iron production facility, and other buildings. source