US President Barack Obama Behind Morsi’s Power Grab In Egypt

Obama and the Muslim Brotherhood have created exactly what the Scriptures said would be created in the last days - a Muslim Confederacy whose sole purpose would be to... 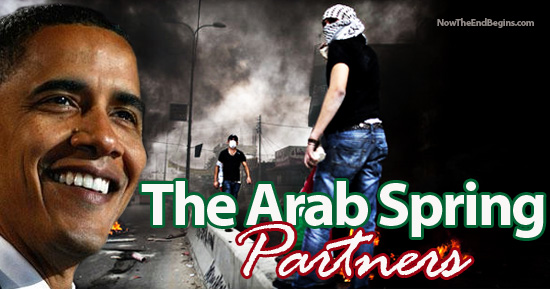 Obama's legacy will be that he installed the Muslim Brotherhood firmly in power all across the new Middle East
by Geoffrey Grider November 28, 2012
NOW THE END BEGINS SHARE:

In politics there are no accidents or coincidences

If you think that the recent power grab of Egyptian president Mohammed Morsi is happening in a vacuum or by mere happenstance, you are greatly fooling yourself. The move by Morsi to make himself Egypt’s new Pharaoh is exactly what the plan has been all along since Obama and the Muslim Brotherhood started the Arab Spring.

Haven’t you wondered why Obama, so vocal during the Gaza-Israeli conflict, is now as quiet as a Mosque Mouse? Not one word has he spoken against Morsi’s coup. And he won’t until he is sure how it will all wind up.

We ask you to consider the following:

The aboved-cited articles are barely even the tip of the iceberg showing Obama’s blood-stained hands in his partnership with the Muslim Brotherhood. Do a category search on our site and see all the evidence, it’s quite overwhelming.

Obama’s legacy will be that he installed the Muslim Brotherhood firmly in power all across the new Middle East. Its now the United States new foreign policy.

From the very beginning, NTEB has shown you the ever-evolving partnership between Obama and the US with the Muslim Brotherhood in Egypt. All this was done for one reason and one reason only, and that answer is found here in the Holy Scriptures:

The Coming Psalm 83 War Against Israel

“They have said, Come, and let us cut them off from being a nation; that the name of Israel may be no more in remembrance. For they have consulted together with one consent: they are confederate against thee: The tabernacles of Edom, and the Ishmaelites; of Moab, and the Hagarenes; Gebal, and Ammon, and Amalek; the Philistines with the inhabitants of Tyre; Assur also is joined with them: they have holpen the children of Lot. Selah.” Psalm 83: 2-8

Lets take a look at who the Muslim nations are that are referenced in Psalm 83:

Interesting note: Contrary to popular belief, the word Selah in the bible at the end of verse 6 does not indicate a “timely pause” or ask the reader to “meditate on what they read”. Instead, it refers to the red rock city of Selah Petra where the Jews will flee during the time of Jacob’s trouble. 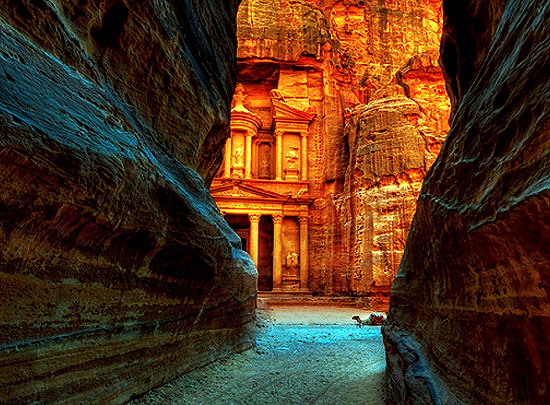 This is where the Jews will flee for safety during the time of Jacob’s Trouble – the Red Rock City of Selah, Petra

One by one, we have watched over the last year and a half most of these nations coming together under the mantle of the Arab Spring, and we believe that in short order the remaining nations will as well. This partnership is unique in both world and Muslim history, but is well-known to students of bible prophecy. The Psalm 83 Confederacy is alive and well.

Keep in mind that none of this would have been possible had it not been for Barack Hussein Obama supporting the efforts of the Muslim Brotherhood with American taxpayer dollars, influence and military might. and everywhere he has travelled he has beat the drum for other major nations to kick in money and support as well.

Now that he has won a second term as US president, Obama’s naked ambitions will become more and more obvious and all consuming. He has been placed in office by God primarily to judge American for her rebellion and wickedness, and to create the Psalm 83 confederacy.

Can it be stopped? No, it cannot. Ultimately, God’s Sovereignty will decide the exact day and hour of when the attack outlined in Psalm 83 will happen. And no amount of planning and scheming by man will stop or even delay its progress.

Its exciting to be alive in the time of the end spoke of in the bible, just make sure you have this squared away before events really heat up.