The Israeli air force shot down a drone after it crossed into southern Israel on Saturday, the military said, but it remained unclear where the aircraft had come from.... 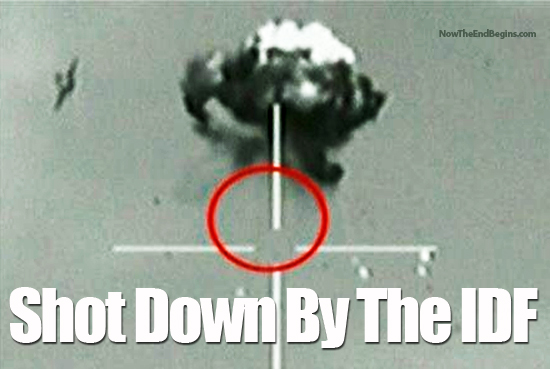 JERUSALEM (Reuters) – The Israeli air force shot down a drone after it crossed into southern Israel on Saturday, the military said, but it remained unclear where the aircraft had come from.

The drone was first spotted above the Mediterranean in the area of the Hamas-ruled Gaza Strip to the west of Israel, said military spokeswoman Avital Leibovich.

It was kept under surveillance and followed by Israeli air force jets before it was shot down above a forest in an unpopulated area near the border with the occupied West Bank.

Leibovich said it was shot down at about 10 a.m. (0700 GMT), after it travelled east some 35 miles across Israel’s southern Negev desert.

“We view with great severity the attempt to compromise Israeli airspace and will consider our response in due course,” Barak said in a statement.

Soldiers, assisted by helicopters, were searching the area for the remains of the drone, which security sources said most likely did not originate from the Gaza Strip.

Israel’s Army Radio reported the drone was not carrying any explosives.

Israeli parliament member Miri Regev, a former chief spokesman of the military, wrote on Twitter it was an “Iranian drone launched by Hezbollah”, referring to the Lebanese Shi’ite group that fought a war with Israel in 2006.

Defence officials would not confirm Hezbollah’s connection to the drone.

On at least one occasion, Iranian-backed Hezbollah has launched a drone into Israel. And in 2010, an Israeli warplane shot down an apparently unmanned balloon in the Negev near the country’s Dimona nuclear reactor.

The Israeli military released a 10-second video clip of what it said was Saturday’s mid-air interception. In the video, a small, unidentified aircraft is seen moments before being destroyed by a missile fired from a fighter jet. source – Yahoo News