It was revealed today that ISIS has been recruiting foreign doctors for months to harvest the internal organs not only from the bodies of their own dead fighters... 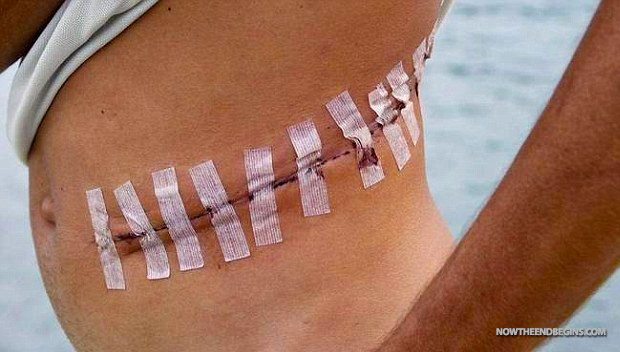 The Islamic State has turned its hand to human organ trafficking to fund terror across the Middle East, it has been claimed. The jihadist group has until now filled its $2million-a-year war chest from a variety of shadowy sources including oil production, human trafficking and drug smuggling.

The terror organisation even set up a specialist organ-smuggling division whose sole responsibility is to sell human hearts, livers and kidneys on the lucrative international black market

But it was revealed today that it has been recruiting foreign doctors for months to harvest the internal organs not only from the bodies of their own dead fighters but also from living hostages – including children – snatched from minority communities in Iraq and Syria.

Most of the organs are then smuggled out of Syria and Iraq into neighboring countries like Saudi Arabia or Turkey where criminal gangs sell them on to shady buyers across the globe, the Assyrian International News Agency reported.