On Tuesday the Islamist militant group took credit for a mortar attack against the embassy in Baghdad. The group bragged about the attack on social media, claiming that there... 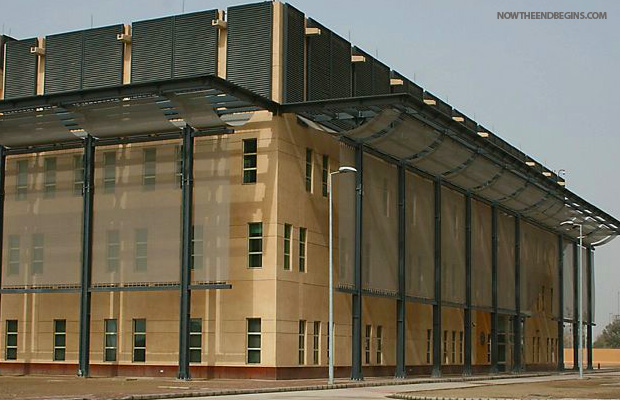 ISIS has reportedly struck the U.S. embassy in Baghdad in what could be the furthest incursion yet into Iraq’s capital.

On Tuesday the Islamist militant group took credit for a mortar attack against the embassy in Baghdad. The group bragged about the attack on social media, claiming that there were likely casualties.

US Embassy in Baghdad, Iraq

“Four rockets strike Green Zone in #Baghdad; helicopters hovering over the Green Zone; ambulances heading that way after strikes!!” one ISIS militant noted on Twitter. Just one day before the alleged attack, retired Lt. Col. Oliver North claimed that sources in Iraq believed ISIS was planning a “major attack” against the embassy in Baghdad.

“They know Baghdad. They’ve lived in Baghdad,” North said of the militants reportedly planning the attack.

“They are at the gates of Baghdad. They’re coming for us,” he added.