Is China Planning a Surprise Missile Attack On United States?

A retired Chinese general recently revealed that his country might be planning a surprise missile attack on the United States. The public comment of Xu Guangyu came in response... 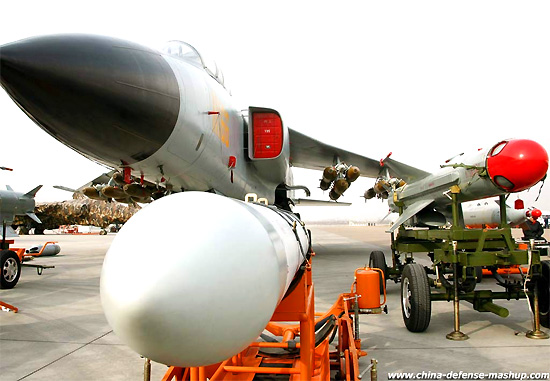 China has experienced an amazingly fast military buildup over the past few years.
by Geoffrey Grider September 1, 2011
NOW THE END BEGINS SHARE:
Could this be why America is not in bible prophecy?

A retired Chinese general recently revealed that his country might be planning a surprise missile attack on the United States. The public comment of Xu Guangyu came in response to WikiLeaks revelations that last year Washington had warned its allies beforehand of China’s test of a missile interceptor.

China has experienced an amazingly fast military buildup over the past few years.

Secretary of State Hillary Clinton, in a classified cable sent last January 9th, instructed American embassies in Australia, Britain, Canada, and New Zealand to notify those countries of upcoming Chinese launches two days later. The cable included details of the launch sites for the interceptor and the target, the models of the missiles, the purpose of the test, and the test date.

Yesterday, Hong Kong’s South China Morning Post carried comments from Xu, now at the China Arms Control and Disarmament Association, to the effect that American satellites would have detected activity at the launch sites but that some of the information in the cables—specifically the types of missiles and the day of the test—must have come from a source on the ground. WikiLeaks’s release of this cable, revealing one or more American spies in China’s strategic missile corps, is perhaps the website’s most significant compromise of US security to date.

The Hong Kong paper noted that Xu said that “if China could no longer keep secret its missile launches, it would not be able to launch a surprise attack on the US.”

Is China really in the process of planning to destroy the American homeland with a preemptive barrage of nuclear-tipped missiles? Xu’s comment, of course, is not proof, but it does reveal that Chinese flag officers are thinking about doing so.

Unfortunately, Xu’s hostile sentiment fits within a worrisome trend.  Especially since the beginning of last year, there has been a series of belligerent comments from China’s generals, admirals, and colonels, some talking about war with the US in the near future. Last February, for instance, Colonel Meng Xianging said the People’s Liberation Army would “qualitatively upgrade” its capabilities to force a showdown on US policy toward Taiwan within the decade “when we’re strong enough for a hand-to-hand fight with the US.”

Given the belicose statements coming from some of China’s military brass—along with China’s well-documented aggressive behavior in the South China Sea and other peripheral waters—it is difficult to imagine how Western observers can deny China’s intentions and the clashes that lie ahead. Thank you, General Xu. source – World Affairs Journal