According to Massachusetts State Police, protesters on I-93 northbound in Milton have attached themselves to 1,200-pound barrels.... 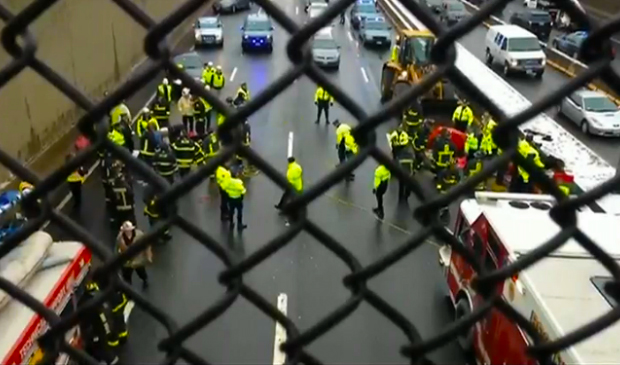 Seriously now, does it get any loonier than this??

Just when you think you have seen every wacky thing, this happens. Now it’s white people, under the banner of the #BlackLivesMatter campaign, protesting white supremacy by stopping traffic on I-93 in Boston today. As my family doctor once said to me, he said “son, one day there will be a cure for cancer, but there will never be a cure for stupid.”

According to Massachusetts State Police, protesters on I-93 northbound in Milton have attached themselves to 1,200-pound barrels. All travel lanes and the HOV lane were closed, but troopers have since been able to re-open two out of the four travel lanes. As of 9:00 A.M., traffic remained heavily backed up along the South Shore.

#BlackLivesMatter I-93 Boston protests (North AND South of the city) @deray pic.twitter.com/ozGoGfOAlS