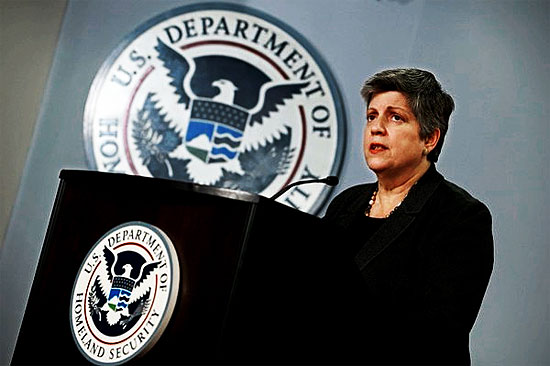 Remember this story from last year on how the US Social Security Administration purchased 174,000 hollow point bullets? Well, here we are in 2013 and now they are buying the assault rifles with which to shoot them. The only question that remains is who their target will wind up being. Hmmm….

From The Blaze:  The Department of Homeland Security is seeking to acquire 7,000 5.56x45mm NATO “personal defense weapons” (PDW) — also known as “assault weapons” when owned by civilians. The solicitation, originally posted on June 7, 2012, comes to light as the Obama administration is calling for a ban on semi-automatic rifles and high capacity magazines.

Citing a General Service Administration (GSA) request for proposal (RFP), Steve McGough of RadioViceOnline.com reports that DHS is asking for the 7,000 “select-fire” firearms because they are “suitable for personal defense use in close quarters.” The term select-fire means the weapon can be both semi-automatic and automatic. Civilians are prohibited from obtaining these kinds of weapons.

The RFP describes the firearm as “Personal Defense Weapon (PDW) – 5.56x45mm NATO, select-fire firearm suitable for personal defense use in close quarters and/or when maximum concealment is required.” Additionally, DHS is asking for 30 round magazines that “have a capacity to hold thirty (30) 5.56x45mm NATO rounds.”

Calls made to DHS seeking information regarding whether or not the RFP was accepted and fulfilled were not immediately returned on Saturday.

Sen. Diane Feinstein (D-Calif.) on Thursday introduced legislation that would enact a so-called “assault weapons” ban. The bill would ban more than 150 firearms and limit magazines to 10 rounds. There is no expiration date on Feinstein’s bill. source – The Blaze