Secretary of State Hillary Clinton said on Monday that the State Department played an instrumental role in “sealing the deal” for pop-rock star Lady Gaga to perform at a... 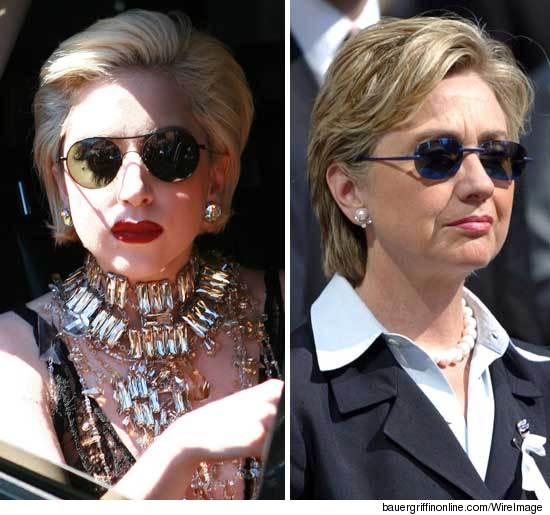 The people in the Obama administration don’t seem to be very concerned with 10%+ unemployment, $4 a gallon gas, Islamic terrorism, or the fact that Iran is about 8 weeks away from launching their first nuclear test missile firing. But what they are concerned with, is making sure that the radical, Gay Agenda is pushed in every corner of the globe. Since both Hillary and Obama fancy themselves to be Christians, perhaps they should crack open the Book to right….about……here…

“(CNSNews.com) – Secretary of State Hillary Clinton said on Monday that the State Department played an instrumental role in “sealing the deal” for pop-rock star Lady Gaga to perform at a gay pride rally in Rome, Italy.

Clinton specifically pointed to a letter that David Thorne, the U.S. ambassador to Italy, sent to Lady Gaga urging her to participate in the event.

“And then there is the work that our embassy team in Rome has been doing,” Clinton said. “Two weeks ago they played an instrumental role in bringing Lady Gaga to Italy for a Euro Pride concert.

“Now as many of you know Lady Gaga is Italian American and a strong supporter of LGBT rights,” said Clinton. “And the organizers of the Euro Pride event desperately wanted her to perform and a letter to her from Ambassador Thorne was instrumental in sealing the deal.” source – CNS News

NOTE: For those of you who may not know everything you need to know about the origins of Lady Gaga, perhaps you should TAKE A LOOK AT THIS>>>