Igor Morozov, member of the Russian Federation Committee on International Affairs claimed about the beginning of the military operation by China against the IS terrorists. ... 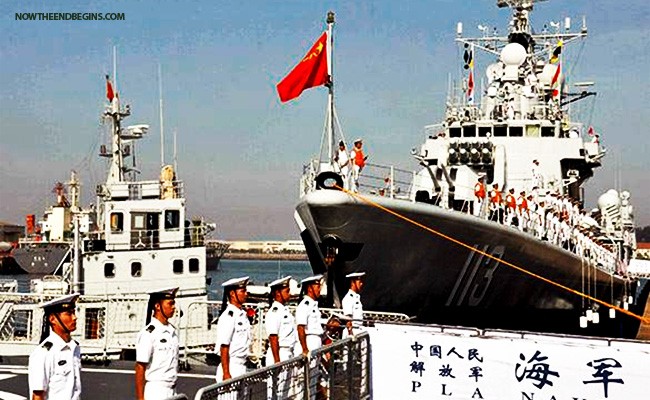 According to the Russian Senator Igor Morozov, Beijing has taken decision to take part in combating IS and sent its vessels to the Syrian coast.

“And the sixth angel poured out his vial upon the great river Euphrates; and the water thereof was dried up, that the way of the kings of the east might be prepared.” Revelation 16:12 (KJV)

The following was translated from the Russian news site Pravda: Igor Morozov, member of the Russian Federation Committee on International Affairs claimed about the beginning of the military operation by China against the IS terrorists. “It is known, that China has joined our military operation in Syria, the Chinese cruiser has already entered the Mediterranean, aircraft carrier follows it,” Morozov said.

According to him, Iran may soon join the operation carried out by Russia against the IS terrorists, via Hezbollah. Thus, the Russian coalition in the region gains ground, and most reasonable step of the US would be to join it. Although the stance of Moscow and Washington on the ways of settlement of the Syrian conflict differs, nonetheless, low efficiency of the US coalition acts against terrorists is obvious. Islamists have just strengthened their positions.

As Leonid Krutakov told Pravda.Ru in an interview, the most serious conflict is currently taking place namely between China and the US. Moscow may support any party, the expert believes, and that is what will change the world order for many years. source

This article first appear on Pravda on September 29, 2015, and since that time Iran’s participation has been 100% confirmed. Qasem Soleimani, commander of Iran’s elite Quds Force, has sent hundreds of ground soldiers into Syria in the past few days apparently in cooperation with Russia’s President Vladimir Putin, said a senior Israeli security official Thursday.

Breitbart New has also confirmed reports of Chinese participation in the ongoing Russian war in Syria.

Looks like the “kings of the East” are waking up.