Palestinian militants in Gaza fired more than 50 rockets into Israel on Saturday, the heaviest barrage in two years, Israeli officials said, while Hamas police beat up reporters and... 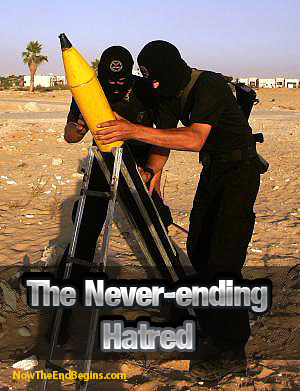 JERUSALEM (AP) — Palestinian militants in Gaza fired more than 50 rockets into Israel on Saturday, the heaviest barrage in two years, Israeli officials said, while Hamas police beat up reporters and confiscated their equipment.

The violence comes amid increasing calls for reconciliation between Western-backed Palestinian President Mahmoud Abbas and his bitter rivals, the Islamic militant group Hamas. Abbas is seeking U.N. recognition for a Palestinian state by the fall and is currently lobbying for votes worldwide. Hamas used force to disperse a reconciliation rally in Gaza. Some reporters were later beaten up, threatened and briefly detained.

Hayim Yellin, head of the Eshkol region where the mortars exploded, said they were the same type as those intercepted on a cargo ship last week loaded with weapons Israel said were sent by Iran to Palestinian militants in the Gaza Strip.” source – AP