Obama's trip has angered locals in Roseburg who say Obama is 'not welcome' in the town because the visit will be nothing but a 'grandstand for political purposes'. Leading... 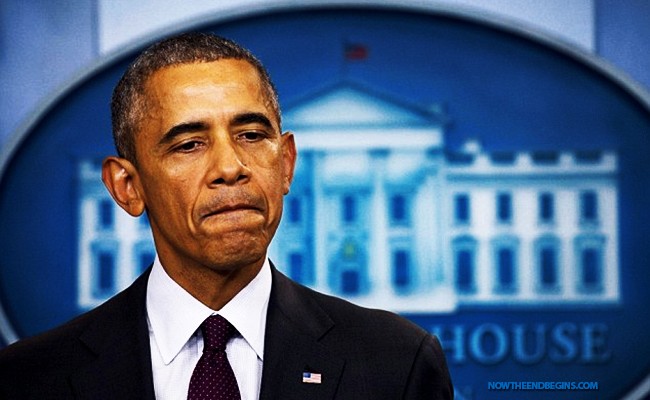 President Barack Obama will travel to Oregon this week to visit privately with families of the victims of last week’s shooting at a community college.

EDITOR’S NOTE: It’s sadly come too late, but America now is starting to see through the paper-thin veneer that is B. Hussein Obama, and are recognizing him for the fraud that he truly is. In his hastily-arranged press conference, Obama said nothing about the fact that all the shooting victims were killed for their Christian faith. Obviously, he feels no solidarity with Christians because he is not one. But if those same victims had been Muslims? The White House would have been dressed in black crepe and a national day of mourning declared.

Obama’s trip has angered locals in Roseburg who say Obama is ‘not welcome’ in the town because the visit will be nothing but a ‘grandstand for political purposes’. Leading the chorus is David Jaques, the publisher of conservative newspaper the Roseburg Beacon.

Jaques believes Obama held a press conference straight after the shooting, in which nine people were killed, with another nine injures. In Jaques’ opinion, the press conference was too soon.

‘We haven’t even identified bodies, we’ve still got incident command trying to contain the scene, and he’s holding a press conference 3,000 miles away from here, telling — almost implying that he could have single-handedly prevented this if the Congress would have listened to him.’

‘I think he admitted it himself.

‘His visit here isn’t a re-election campaign stop, but it is a campaign stop for an agenda that he and his associates believe is important.

‘And that is to take away Americans right to own firearms.’ ‘It shows not only a total disdain, a disregard for Constitution, but our very citizens, especially those of us right here in Douglas County.

‘We believe in the Second Amendment. We believe in the whole Constitution.’  In a separate interview with Mediaite, Jaques accused Obama of wanting to ‘stand on the corpses of our loved ones and make some kind of political point‘.

Obama will visit Roseburg on Friday as he opens a four-day trip to the West Coast.

No additional details about his visit were immediately available. Obama has renewed his call for stricter gun laws following the shooting and has expressed exasperation at the frequency of mass shootings in the U.S. source