A geologist in Jerusalem claims to have found “virtually unequivocal evidence” that could reopen the controversy over the final resting place of Jesus Christ.... 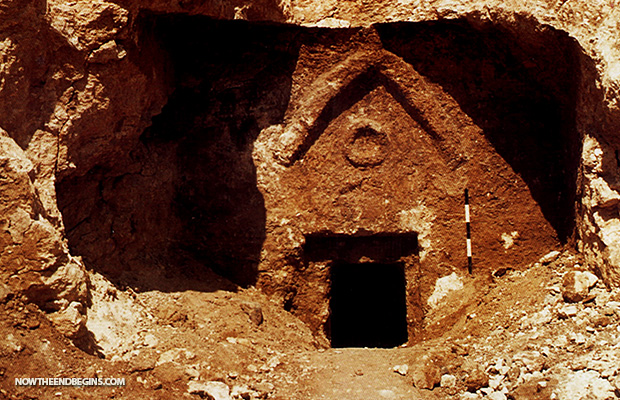 “And the angel answered and said unto the women, Fear not ye: for I know that ye seek Jesus, which was crucified. He is not here: for he is risen, as he said. Come, see the place where the Lord lay.” Matthew 28:5,6 (KJV)

In the anti-God scientific circles it is considered the unattainable “grand prize” of historical discovery. Being able to somehow disprove that Jesus of Nazareth rose from the grave 3 days after His crucifixion as the bible tells us He did. Since most scientists are secular, with a large number of those being rabid atheists, this is something that they would give nearly anything to obtain. Now, a geologist in Israel, Dr. Aryeh Shimron, claims to have done exactly that.

The Talpiot Tomb in East Jerusalem.

Dubbed “The Lost Tomb of Jesus” in a 2007 documentary movie directed by James Cameron, the chamber contained nine burial boxes or “ossuaries” inscribed with the names “Jesus son of Joseph”, “Mary” and other names associated with the New Testament.

Hal Lindsey on the endless attacks on Jesus of Nazareth:

The inscriptions and the approximate dates of burial have led some to suggest the Talpiot Tomb means Jesus married, that he fathered a child, and that the existence of bodily remains means the Resurrection could never have happened.

Dr Aryeh Shimron says he has carried out new tests that suggest it is more likely the Talpiot Tomb, a burial site found in East Jerusalem in 1980, was a family grave for Jesus of Nazareth, his wife Mary Magdalene and his son Judah. 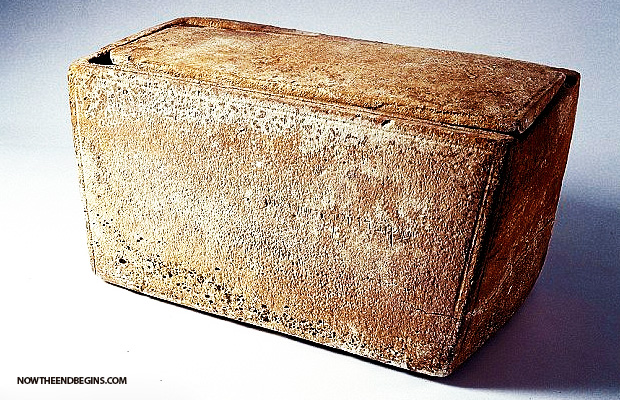 After running 150 chemical tests, an expert claims to have linked the James Ossuary (pictured) – a 1st-century chalk box that was used for containing the bones of the dead – to the long disputed ‘Jesus Family tomb’ in the city’s East Talpiot neighborhood

“The evidence is beyond what I expected,” Dr Shimron said. “I think I’ve got really powerful, virtually unequivocal evidence that the James ossuary spent most of its lifetime, or death time, in the Talpiot Tomb.”

“And if Christ be not risen, then is our preaching vain, and your faith is also vain.” 1 Corinthians 15:14 (KJV)

The geochemical tests, carried out under Dr Shimron’s supervision largely by the Israel Antiquities Authority, worked on the basis that the ossuaries in the Talpiot Tomb were all once covered by the same clay with a very distinctive mineral make-up.

While the results are likely to rekindle the debate surrounding the possible remains of Jesus, they are still far from accepted in scientific circles. The collector who owns the James ossuary told the Times Dr Shimron’s work determines nothing “conclusively”, while other Jerusalem archaeologists say they await its publication in a peer-reviewed journal. source

Brothers and sisters, we are living in the last days, and the attacks will only increase. For nearly 25 years I have maintained that they will “find the bones of Jesus” as a satanic full-frontal assault to get people to lost their faith in Jesus Christ. There is more evidence to prove the birth, death, burial and resurrection of Jesus of Nazareth than any other event in human history.

But guess what? We don’t walk by sight, we walk by faith.