“We have to stop demonizing people and realize the biggest terror threat in this country is white men, most of them radicalized to the right, and we have to start doing something about them,” Don Lemon said during an appearance on “Cuomo Primetime” Tuesday evening. “There is no travel ban on them … they had the Muslim ban. There is no ‘white guy ban.’ So what do we do about that?”

Don Lemon over at fake news CNN has made so many racist remarks in the past few months that we are getting ready to give him his own category here on the site. His recent racist attack was made in an episode of Cuomo Primetime last night.

Lemon started off by saying that we as Americans needed to ‘stop demonizing people’ and then proceeded to demonize not just some white men, but all white men anywhere in the country. He claim that white men ‘have been radicalized’ was backed up with no stats, facts or figures of any kind. He ended his racist remarks by wondering why there was no ‘travel ban’ on white men in America, directly implying that there should be one.

I wonder how his caucasian, white, male gay husband who was home watching it on television felt about Lemon’s racist rant.

FROM AOL.COM: “We have to stop demonizing people and realize the biggest terror threat in this country is white men, most of them radicalized to the right, and we have to start doing something about them,” said Lemon during an appearance on “Cuomo Primetime” Tuesday evening. “There is no travel ban on them … they had the Muslim ban. There is no ‘white guy ban.’ So what do we do about that?”

“I keep trying to point out to people not to demonize any one group or any one ethnicity, but we keep thinking that the biggest terror threat is something else,” he reiterated, urging people to ignore the news of the migrant caravan slowly moving through Mexico toward the United States.

Don Lemon did not cite any specifics or data and went unchallenged by Cuomo. A rep for CNN did not immediately respond to request for comment from TheWrap. It’s the second time this month that Lemon has delved into divisive racial rhetoric. On Oct. 9, a panel on his CNN program ripped into Kanye West for his support of Donald Trump. 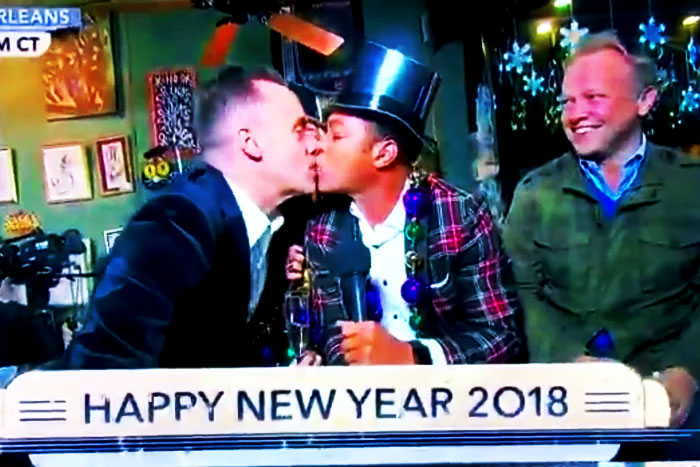 On Oct. 9, a panel on his CNN program ripped into Kanye West for his support of Donald Trump.

“He’s an attention whore, like the president. He’s all of a sudden now the model spokesperson. He’s the token negro of the Trump administration,” said CNN contributor Tara Setmeyer as Lemon laughed along.

“Kanye West is what happens when negroes don’t read,” former Congressman Bakari Sellers added. “And we have this now and now Donald Trump is going to use it and pervert and he’s going to have someone who can stand with him and take pictures.”

Lemon — to the extent that he did comment on the remarks on-air — limited himself to noting how uncomfortable the only white panelist, CNN contributor Scott Jennings, seemed to appear.

CNN also did not respond to multiple requests for comment at the time about the “token negro” incident and the moment did not make it into Brian Stelter’s CNN media newsletter. SOURCE