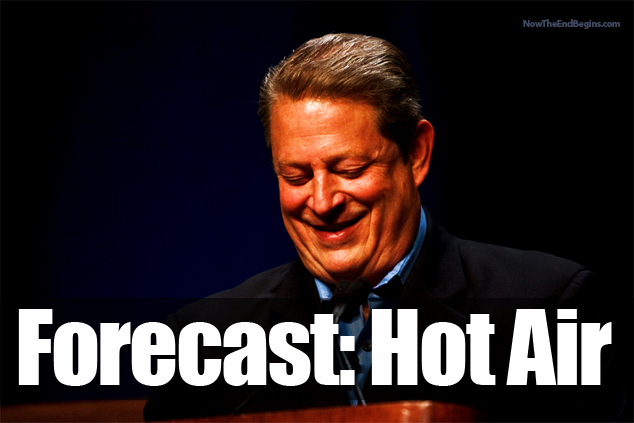 Hmm. Having lost much traction with the Ice Age of 2014, failed climate prophet Al Gore is now attempting to summon the ghost of Tom Joad by bringing back the dust bowl scare of the 1930’s. He must be hoping today’s youth will not have read Of Mice And Men.

Kansas City Star: Al Gore, the former vice president, speaking Saturday in Kansas City, cited many more recent examples how heavy use of fossil fuels is contributing to extreme weather events and trends, in his view.

Al Gore is accumulating stuff. Millions of dollars, dozens of pounds, and he is laughing at all of you who buy his books and his nonsense while he lives in mansions and flies his private jets. Go Green – Yay!

To those attending the Folk Alliance International conference, he noted examples of flooding in locations both remote and closer to home, such as in Manitou Springs, Colo., where high water barreled down mountain highways last year, carrying cars along with it.

“They had never seen anything like this in Manitou Springs,” Gore said.

He cited the possibility of how flooding in Pakistan could destabilize that country, a nuclear power, and the possible effect that continuing drought in California might have on the world’s food supply.

“Think about that,” he said. “The Dust Bowl is coming back, quickly, unless we act.”

Gore presented animation from his 2006 film depicting water pushing into the streets of lower Manhattan — much mocked at the time, Gore said — followed by images of water filling New York City subway tunnels during Hurricane Sandy in October 2012.

Gore conceded the possible fatigue some may have with his warnings, as well as the possible sense of powerlessness as to what any one individual can do to affect what appear to be vast, unchangeable trends.

“Do we really have to do this and — if the answer is yes — can we do it?” Gore said, repeating two questions he routinely hears.

“The answer to both of those questions — spoiler alert — is ‘yes.’ ”

Gore cited what he considered the increasing momentum with which renewable energy technologies such as wind and solar power have been embraced.

Just as one telephone company study 25 years ago underestimated the huge increase in the use of cellphones, estimates on the acceptance of wind and solar technology also have been conservative, Gore said.

Among the countries or states turning to renewable energy strategies, Gore mentioned the Vatican’s increasing use of solar technology. Vatican City, Gore said, wants to be the first CO2-neutral sovereign city-state in the world. source – Kansas City Star