Everything You Ever Wanted to Know about ObamaCare but were Afraid to Ask.

It’s time you became familiar with how ObamaCare will effect you. Here is is ObamaCare by the numbers. 19 — States where parents can no longer buy child-only insurance policies... 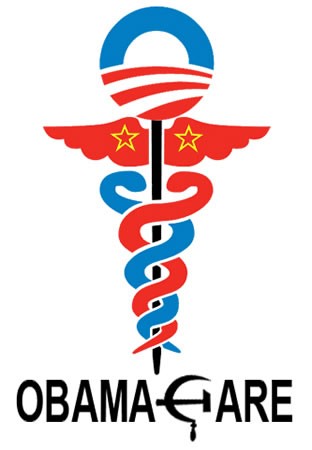 It’s time you became familiar with how ObamaCare will effect you. Here is is ObamaCare by the numbers.

30 — States suing to block the law from taking effect, or requesting waivers from its requirements

51 — Percentage of American workers who will …lose their current health coverage by 2013, according to the Administration’s own estimates

1,270 — New bureaucrats requested by the Internal Revenue Service to implement the law this year

$2,100 — Increase in individual insurance premiums due to Obamacare, according to the Congressional Budget Office

$2,500 — Premium reduction promised by candidate Obama “by the end of my first term as President”

800,000 — Reduction in the American labor force due to Obamacare provisions that “will effectively increase marginal tax rates, which will also discourage work,” according to the CBO

2,624,720 — Total individuals in 1,040 plans granted waivers thus far exempting them from the law’s insurance mandates; nearly half of whom participate in union plans

7,400,000 — Reduction in Medicare Advantage enrollment as a result of Obamacare, resulting in a loss of choice for seniors and millions of beneficiaries losing their current health plan

$118,000,000,000 — New costs imposed on states to implement Obamacare—budgetary costs that will lead to reduced services for other state programs like education or to higher state taxes

$310,800,000,000 — Projected increase in health costs due to Obamacare, according to the independent Medicare actuary, who called its promise of lower costs “false, more so than true”