Members of the Duke Muslim Students Association will chant the call, known as adhan or azan, from the Duke Chapel bell tower each Friday at 1 p.m.... 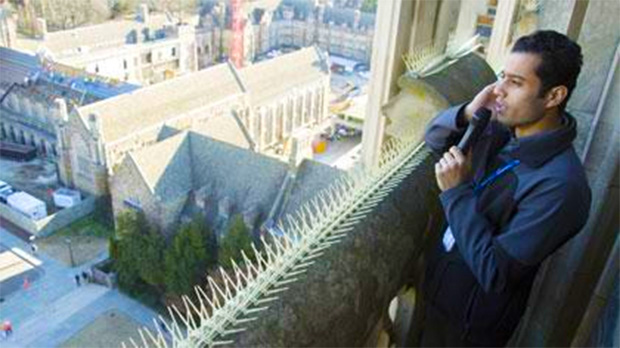 A weekly call to prayer for Muslims will be heard at Duke University starting Friday, school officials said

The Islamization of America continues, as it has since Obama was elected in 2008, at a frightening pace. Public amplified broadcasts of the Muslim call to prayer exists in Muslim majority countries, and is a symbol that they have taken that nation over. If I had a child attending Duke University they would pulled out so fast it would make your head spin.

Islam is not compatible with any free society, it is an religious ideology of forced, violent submission. Every nation where it is dominant is in chaos. Islam is against all American values and ideals, and has no place in a free society.

The azan is the Devil’s call to prayer, don’t answer it.

DURHAM, N.C. —Members of the Duke Muslim Students Association will chant the call, known as adhan or azan, from the Duke Chapel bell tower each Friday at 1 p.m. The call to prayer will last about three minutes and be “moderately amplified,” officials said in a statement Tuesday.

“The adhan is the call to prayer that brings Muslims back to their purpose in life, which is to worship God, and serves as a reminder to serve our brothers and sisters in humanity,” said Imam Adeel Zeb, Muslim chaplain at Duke. “The collective Muslim community is truly grateful and excited about Duke’s intentionality toward religious and cultural diversity.”

In majority Muslim countries across the globe, the adhan is broadcast from mosques and on television and radio stations five times a day to correspond with prayer times. On Fridays, the day of worship in Islam, sermons are also broadcast. In the United States, amplified adhan exists in a handful of communities.

The Muslim call to prayer is an eerie, scary, demonic-sounding whine. But the words of what is sung should really make you afraid:

“This opportunity represents a larger commitment to religious pluralism that is at the heart of Duke’s mission,” said Christy Lohr Sapp, the chapel’s associate dean for religious life. “It connects the university to national trends in religious accommodation.” 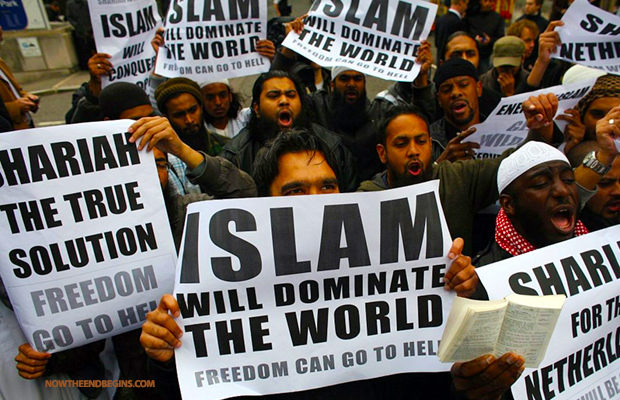 THIS IS THE TRUE FACE AND MISSION OF ISLAM IN AMERICA

“Religious Pluralism”? Now, that is funny. Islam only pretends to accommodate other religions when they are in a minority, but the very world “Islam” itself means submission. Not a submission of you to God, but a submission of your will to the will of Islam. Islam converts at the edge of a sword and the barrel of a gun, their goal is not and never has been “religious pluralism”. Their goal is to drive the whole world to it’s knees in worship of the moon god Allah, and his “prophet” Mohammed.

Please contact Duke University and let them know how you feel about their forced indoctrination of Islam on American citizens: