PURE WICKEDNESS: Drag Queen Story Hour Is Now Encouraging Children To Lay On The Floor With Men In Dresses After Storytime Is Over

Photo evidence of children having inappropriate contact with drag queen Carla Rossi at Portland, Oregon’s St. John’s Library last October has been brought to the attention of LifeSiteNews. The photos are posted on the Multnomah County Library’s own Flickr account. Multnomah County Library has deleted from Flickr its photos of children lying on top of the drag queen. NTEB has preserved the photos and they can be found in this article.

Multnomah County public library Drag Queen Story Hour has evolved beyond drag queens reading pro-gay and pro-transgender books to kids to permitting children to frolic on the floor and lie on top of a man dressed as a woman.

The LGBTQ+P for Pedophile Movement is nothing if not smart, clever and calculating. So smart in fact that they are succeeding despite the lukewarm protests Drag Queen Story Hour has received. First they had the audacity to invade public libraries across America and have pedophile men wearing dresses read stories to little children. And yes, many of these drag queens are registered sex offenders. Then once they were able to do all that, now they have activated Step #2 in their grand and evil scheme. What’s that, you ask? Careful, you may not really want to know the answer once we tell you. Keep reading if you have the stomach for it.

“Then I will set my face against that man, and against his family, and will cut him off, and all that go a whoring after him, to commit whoredom with Molech, from among their people.” Leviticus 20:5 (KJV)

The next step after filling little kids heads with disgusting and perverted stories from the LGBTQ+P for Pedophile Movement, is to close the storybooks, lay on the ground, and invite the little children to lay on top of them. As you can see from the photos in the PDF below, little boys laying on facedown on top of a man in a dress, with both their genital areas touching. The FIRST STEP was reading stories to them, the SECOND STEP we just showed you, care to take a guess what the THIRD STEP will involve? It is too repulsive to even mention but I am sure you can figure it out.

What is happening here is evil and wickedness of a degree which I never thought I would live long enough to see with my own eyes,. And the most disgusting part are the parents who are bringing their own children to this spiritual slaughter and sacrificing them on the modern-day altar of ‘inclusion and diversity‘. Molech would be so very proud. This is how the LGBTQ is going to add the “P” for pedofile to their umbrella. If they can get you to support Drag Queen Story Hour, and you are, then getting you to support pedophiles as a protected group will be the easiest thing in the world to pull off. Don’t blame Satan for this one, blame yourselves.

FROM LIFE SITE NEWS: Photo evidence of children having inappropriate contact with drag queen Carla Rossi at Portland, Oregon’s St. John’s Library last October has been brought to the attention of LifeSiteNews. The photos are posted on the Multnomah County Library’s own Flickr account.

“I wouldn’t let my kids crawl on top of random strangers no matter how said strangers are dressed,” commented Kaeley Triller Harms on Facebook.

>>>GRAPHIC WARNING<<<  The PDF below shows photos from the Flickr account of the Multnomah County Library that recently hosted the Drag Queen Story Hour, and some of these photos show children lying face down, genitals to genitals with the drag queens. Do NOT view these photos if you find this unduly upsetting.


“Even as a day camp counselor 15 years ago, we were pretty carefully trained about not giving kids piggyback rides or letting them sit on our laps,” continued Harms. “And if they asked for hugs, we took the side hug approach.”

Photos posted by the library also reveal toddlers and young boys dressed in feather boas at the event.

“The goal is to normalize abnormal, sexually deviant homosexual behavior by enticing children to first: question their sexuality,” profamily activist Georgia Kijesky recently told LifeSiteNews. “The more children see men dressing up as women, the more normal it will become.” 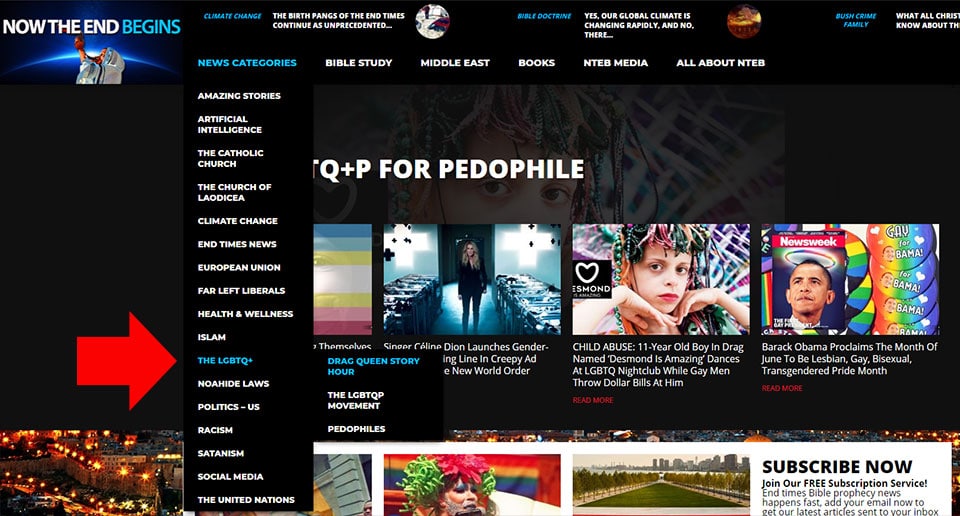 Not only has the Multnomah County Library system hosted drag queen Rossi multiple times, but the “Sisters of Perpetual Indulgence,” a group of men dressed up as nuns for the purpose of mocking the Catholic Church, have also presided at Drag Queen Story Time. The event that remains on a PDXPipeline schedule of events for last fall was confirmed by an employee of the Multnomah County library system. READ MORE

The non-profit literacy program Drag Queen Story Hour has volunteers read books to kids in libraries and community centers nationwide. But the program has been met with backlash and protests in some areas.