Don’t be Fooled Again. This is Not Change You Can Believe In.

The  International Monetary Fund or the IMF said “The U.S. is set to have the largest budget deficit of major developed economies this year and should narrow it now... 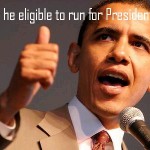 The  International Monetary Fund or the IMF said “The U.S. is set to have the largest budget deficit of major developed economies this year and should narrow it now rather than face tough adjustments in the next two years.”

The U.S. shortfall will reach 10.8 percent of its gross domestic product this year, ahead of Japan and the U.K., the Washington-based IMF said in a report released on April 8,2011. It estimates that President Barack Obama will need to cut the deficit by 5 percentage points of GDP in the next two fiscal years, the largest adjustment in “at least half a century,” to meet his pledge of cutting the deficit in half by the end of his four-year term, a promise no one believes he is capable of.

“Market concerns about sustainability remain subdued in the U.S., but a further delay of action could be fiscally costly, with deficit increases exacerbated by rising yields,” the IMF wrote in its Fiscal Monitor report, published several times a year to analyze public finance development.

The IMF recommended “a down payment” in the form of deficit reduction this year that would make the government goal “compatible with a less abrupt withdrawal of stimulus later.” Given the budget battle over a paltry $38.5 billion where the Democrats threatened to shut down the government. It seems this Congress is not serious about doing the hard things to tackle this budget deficit.

Obama was expected to announce long-term proposals for cutting the federal deficit on April 13th, following a budget deal he reached with congressional leaders last week that averted a government shutdown. In May, the government may be forced to increase the $14.3 trillion federal debt ceiling to ensure the U.S. will meet its financial obligations. There’s an oxymoron in there somewhere.

The IMF also called for U.S. commitment to a medium-term debt target “as an anchor for fiscal policy.” but it seems our Congress has adopted a wait and see attitude as they continued to fuss and fight amongst themselves during the budget battle of earlier this month, where little if anything was really accomplished. China is the biggest foreign holder of U.S. Treasuries with a portfolio of $1.15 trillion in January, according to U.S. government data. Japan is the second-largest with $885.9 billion. We have yet to realize what the Tsunami/earthquake effects on Japan will mean for us or the world for that matter when it comes to Japans GDP. It is very probable the U.S stock market will be greatly effected negatively when the GDP report is out in July of 2011.

A few days after Europe’s Greek-born debt crisis forced Portugal to seek financial aid from the European Union and the IMF, the fund said it is “essential” for all advanced economies to start bringing their debt to “prudent levels” in the medium term. However I didn’t see President Obama seek to reign in spending. Instead he talks of spending, as investment. I doubt any other countries are thinking in these terms when it comes to the U.S over spending.

It forecast that the average gross domestic debt ratio in advanced economies (aka the U.S) will breach the threshold of 100 percent of GDP for the first time since the years after World War II. Debt will peak at 107 percent of GDP in 2016, 34 percentage points above levels before the global financial crisis, the report said.

The IMF estimates that financing needs in the richest nations will continue to rise this year after surging in 2010, and will remain high in 2012.

Japan has the highest financing requirements for its deficit and its maturing debt this year, with the total amounting for 56 percent of its GDP. The U.S. is second, with needs at 29 percent of GDP, followed by Greece, Italy, Belgium, Portugal and France, which all have needs above 20 percent of their GDP, according to the IMF report. As my mother used to say “You are the company you keep”

In the European region, market conditions remain tense in several smaller countries, in part due to ongoing concerns about possible financial issues. As the region narrows its deficit, investors are “discriminating in favor of countries with credible policy frameworks,” according to the IMF.

In the U.S., the stronger economic outlook “has been reflected in higher real yields, leading towards more normal interest rate levels,” the report said. At the same time, the Federal Reserve’s latest bond purchase program is likely to have lowered them it said. In other words; When the U.S has higher real yields leading to normal interest rates the economic outlook is strong, but the Federal Reserve Bank bond purchase program lowers the U.S economies outlook. Still, the pace of fiscal tightening is short of what is needed and the U.S should refrain from increasing spending in the near term and rebuild fiscal space, said the IMF. Just one more reason why the S & P ‘s outlook for our economy is a lowered credit rating within the next two years. I fear if Obama is re-elected president these things will only get worse. I for one have no faith in his ability to effect change I can believe in. Obama will cut half the deficit in 1st Term

written by Rosie on the Right