Colorado Does Not Consider Unborn Babies To Be Human

The Colorado woman accused of cutting a seven-month-old fetus from the mother's womb will not be charged with murder, the Boulder County District Attorney's Office confirmed.... 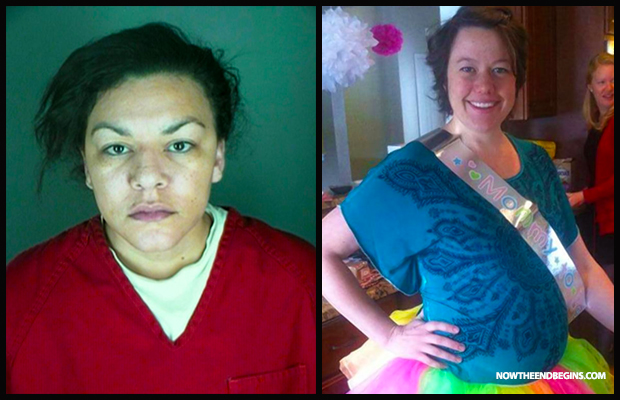 Colorado has twice rejected proposals to make the violent death of a fetus a homicide, refusing to join 38 other states and the federal government for fear such a law would be used to restrict abortions.

“I will praise thee; for I am fearfully and wonderfully made: marvellous are thy works; and that my soul knoweth right well.” Psalm 139:14 (KJV)

EDITOR’S NOTE: The undisputed facts in this case are that a mentally ill woman cut a living baby out of the womb of a pregnant mother, and in the process killed the baby. The woman is not being charged with murder. Since the killing of humans in all 50 states is considered to be a crime, Colorado must not be charging the woman with murder because they do not see unborn children as human beings. Planned Parenthood killed 327,653 babies in 2013, and no one charged them with murder, either.

The Colorado woman accused of cutting a seven-month-old fetus from the mother’s womb will not be charged with murder, the Boulder County District Attorney’s Office confirmed.

The woman on the left took a knife and cut the living baby out of the belly of the woman on the right. Colorado says it is not murder. Really, pot heads? Then exactly what is it?

Dynel Lane, 34, who police said likely suffers from a mental illness, lured Michelle Wilkins to her Longmont, Colo. home with a Craigslist ad for baby clothes on March 18 and instead attacked Wilkins.

Lane was arrested at Longmont United Hospital after bringing in the dead fetus, telling doctors she suffered a miscarriage, according to cops. Lane was initially charged with attempted first-degree murder, assault and child abuse knowingly/recklessly resulting in death.