Christian farm owners in upstate New York who declined a lesbian couple’s request to hold a wedding ceremony on their property have been fined $10,000 and ordered to pay... 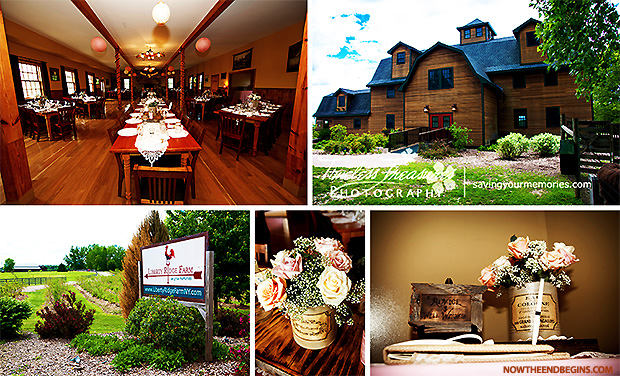 Cynthia and Robert Gifford, who own Liberty Ridge Farm near Albany, rent their facilities for birthday parties and about a dozen weddings each year.
by Geoffrey Grider August 21, 2014
NOW THE END BEGINS SHARE:

In Obama’s America we support Islam and persecute Christians

President Barack Obama declared June to the LGBT Pride Month. He has also declared war on – not ISIS – but on Christian values and beliefs held by the majority of Americans living in the United States. Because Obama has created this rabidly Pro-LGBT climate in this country, judges all across the nation are ruling against Christian beliefs and passing judgment in favor of the views held by vast minority of people who make up the LGBT Mafia.

It is open season on Christians in America, and Obama is printing hunting licenses.

NEW YORK  – Christian farm owners in upstate New York who declined a lesbian couple’s request to hold a wedding ceremony on their property have been fined $10,000 and ordered to pay the women $1,500 each.

Cynthia and Robert Gifford, who own Liberty Ridge Farm near Albany, rent their facilities for birthday parties and about a dozen weddings each year.

When Jennifer McCarthy and Melisa Erwin, a same-sex couple from Newark, N.J., requested to use the facility for their 2012 wedding, Cynthia Gifford offered the farm for a reception, but not for the wedding ceremony. Weddings typically are conducted on the first floor of the Giffords’ home or in an adjacent field.

“It literally hits close to home,” said the Giffords’ lawyer, James Trainor. He said the farm owners attend a community church and cite their religious belief of marriage between a man and woman for declining to hold a same-sex wedding on their property.

Administrative Law Judge Migdalia Pares of the Bronx rejected the owners’ argument that the farm, which is also their home, is not a place of public accommodation and is therefore not subject to the anti-discrimination provisions of New York’s Human Rights Law.

The decision said Liberty Ridge qualifies as a public accommodation because it regularly collects fees for space, facilities, services and meals, so it cannot be considered “distinctly private.”

“The fact that the Giffords also reside at Gifford Barn,” the decision says, “does not render it private.”

The farmer owners must pay $13,000 in fines and restitution, the agency ruled. Trainor said the Giffords are considering whether to appeal or pursue further legal action.