Two Chinese warships have docked at Iran's principal naval port for the first time in history, Iranian admirals told state television on Sunday, adding that the countries would conduct... 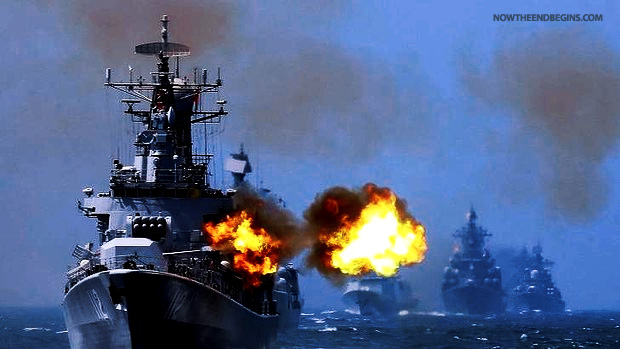 “And the sixth angel poured out his vial upon the great river Euphrates; and the water thereof was dried up, that the way of the kings of the east might be prepared.” Revelation 16:12

On Sunday, Xinhua, the official Chinese news agency, reported that on Saturday, Chinese navy ships involved in protecting shipping in the Gulf of Aden stopped at an Iranian port for a “friendly visit”. One of the vessels was the Changchun, a guided-missile destroyer, the report said.

The news agency posted images of one of the destroyers docking in the port of Bandar Abbas, where it was given a military welcome.

The Iranian and Chinese navies are scheduled to conduct joint exercises, starting on Monday, focusing on rescue missions, Iranian news media reported. China has been expanding the areas where its navy operates, most recently joining the effort to fight piracy in the Gulf of Aden and off the coast of Somalia.