As aging fast food megalith McDonald's creaks into an uncertain future, Chick-fil-a steps into the spotlight to take center stage... 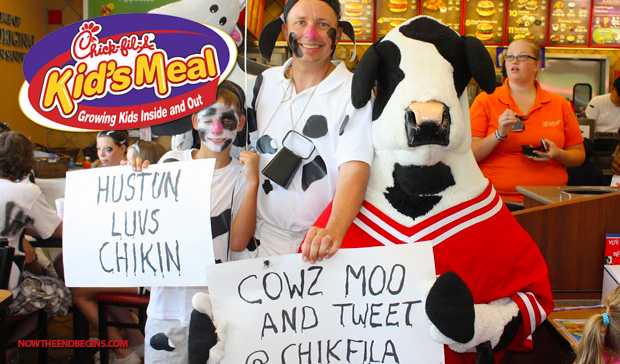 McDonald’s is losing a crucial set of customers: Kids

When Truett Cathy started what would become the multi-billion dollar business of Chick-fil-a, he had two simple premises. First, make the world’s best chicken sandwich with fresh, quality real-food ingredients. Secondly, be closed on Sunday and honor God. The “powers that be” couldn’t say much about the first point, but had plenty of derisive laughter on the second. Looks like ol’ Truett had it right.

Being closed on Sunday and honoring the God of the Bible sure hasn’t hurt business any.

For the first time in 25 years, McDonald’s has lost its status as the No. 1 chain with the most “kid appeal” and Chick-fil-A has taken its spot, Crain’s Chicago Business reports based on findings from Sandelman & Associates Inc, a restaurant research firm.

As aging fast food megalith McDonald’s creaks into an uncertain future, Chick-fil-a steps into the spotlight to take center stage

Happy Meals are vital to McDonald’s business. They account for 10% of the company’s revenues and help the company connect to large swaths of potential lifetime customers at an early age.

But kids and their parents are losing interest in them. Families with a child age 12 or under represent 14.6% of McDonald’s customers today, down from 18.6% in 2011, according to Technomic. “Kids are more sophisticated,” Mary Chapman, director of product innovation at Technomic, told Crain’s. “They’re not just looking for the Golden Arches and the toy.”

The meals include books in addition to toys. Part of the shift away from McDonald’s could be due to the fact that more millennials are becoming parents, and millenials favor fast-casual chains, such as Chipotle, over fast food.