Priests in the Holy Land used their sermons on Sunday to give their blessing to the Palestinians' bid for United Nations membership. The retired Latin Patriarch of Jerusalem, Michel... 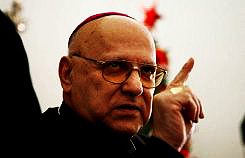 Priests in the Holy Land used their sermons on Sunday to give their blessing to the Palestinians’ bid for United Nations membership.

The retired Latin Patriarch of Jerusalem, Michel Sabbah, the first Palestinian to hold the post since the Crusades, was to preach in the Roman Catholic church in the northern West Bank city of Nablus.

A joint statement by Catholic, Orthodox, Anglican and Lutheran priests pledged their “support for the diplomatic efforts being deployed to win international recognition for the State of Palestine… on the June 1967 borders with Jerusalem as our capital.”

The priests went further than their bishops, who in a statement this week confined themselves to a call for intensified prayer and diplomatic efforts ahead of the Palestinian membership request, to be sent to the UN Security Council on Friday.

“Palestinians and Israelis should exercise restraint, whatever the outcome of the vote at the United Nations,” the bishops said.

“We call upon decision-makers and people of good will to do their utmost to achieve the long-awaited justice, peace and reconciliation between Israelis and Palestinians.”

Palestinian president Mahmud Abbas and Israeli Prime Minister Benjamin Netanyahu look set for a UN showdown next week, with Abbas planning to push for membership for a Palestinian state and Netanyahu arguing against it. “Despite the pressures that we face, Palestine goes to the UN on the 23rd of this month to seek admission as a full member,” Abbas told Egyptian television on Wednesday.  source – BREITBART