Buckingham Palace has been urged to disclose documents that would finally reveal the truth about the relationship between the royal family and the Nazi regime of the 1930s.... 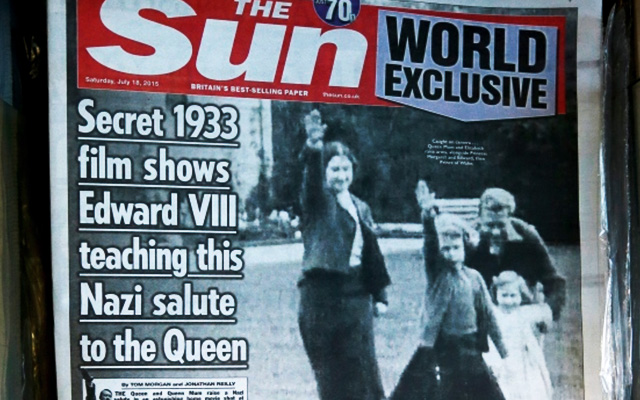 Buckingham Palace has been urged to disclose documents that would finally reveal the truth about the relationship between the royal family and the Nazi regime of the 1930s.

The Sun’s decision to publish footage of the Queen at six or seven years old performing a Nazi salute, held in the royal archives and hitherto unavailable for public viewing, has triggered concerns that the palace has for years sought to suppress the release of damaging material confirming the links between leading royals and the Third Reich.

Unlike the National Archives, the royal archives, which are known to contain large volumes of correspondence between members of the royal family and Nazi politicians and aristocrats, are not compelled to release material on a regular basis. Now, as that relationship becomes the subject of global debate, historians and MPs have called for the archives to be opened up so that the correspondence can be put into context.

“The royal family can’t suppress their own history for ever,” said Karina Urbach of the Institute of Historical Research at the University of London. “This is censorship. Censorship is not a democratic value. They have to face their past. I’m coming from a country, Germany, where we all have to face our past.”

The Sun was subjected to a backlash on social media, after publishing 80-year-old home movie footage from the grounds of Balmoral Castle, in which a laughing Elizabeth, her mother, Prince Edward (later Edward VIII) and Princess Margaret, were shown making Nazi salutes. Barbara Keeley, Labour MP for Worsley and Eccles South, retweeted a message that read: “Hey @TheSun, if you want to stir up some moral outrage about a misjudgement in history, look a bit closer to home.” source