BREAKING NEWS: US To Deploy Troops and Warships In Israel For War With Iran

The US military is preparing a massive military campaign against Iran, sending thousands of American troops, warships and weaponry to Israel. An unnamed source said the military deployment of... 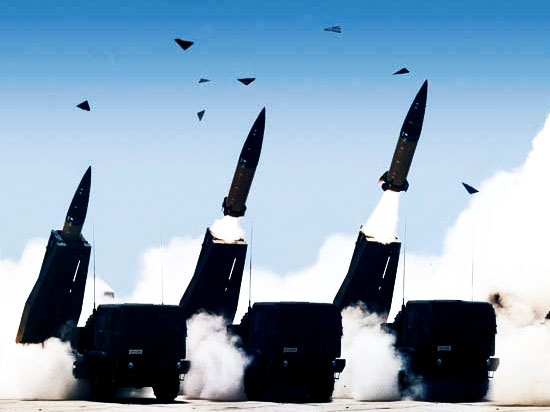 The United States and Israel are scheduled to conduct the Juniper Cobra missile defense exercise, which will include both the Arrow 2 and Iron Dome missile defense systems.
by Geoffrey Grider January 4, 2012
NOW THE END BEGINS SHARE:

The US military is preparing a massive military campaign against Iran, sending thousands of American troops, warships and weaponry to Israel.

An unnamed source said the military deployment of US anti-missile ships and accompanying support personnel will occur in January and later this spring, Global Research reported. Commander of the US Third Air Force based in Germany Lt.-Gen Frank Gorenc said it is not just an “exercise,” but a “deployment,” The Jerusalem Post said.

From The Jerusalem Post: Israel is moving forward with plans to hold the largest-ever missile defense exercise in its history this spring amid Iranian efforts to obtain nuclear weapons. Last week, Lt.-Gen. Frank Gorenc, commander of the US’s Third Air Force based in Germany, visited Israel to finalize plans for the upcoming drill, expected to see the deployment of several thousand American soldiers in Israel.

The United States and Israel are scheduled to conduct the Juniper Cobra missile defense exercise, which will include both the Arrow 2 and Iron Dome missile defense systems.

The drill, which is unprecedented in its size, will include the establishment of US command posts in Israel and IDF command posts at EUCOM headquarters in Germany – with the ultimate goal of establishing joint task forces in the event of a large-scale conflict in the Middle East. The US will also bring its THAAD (Terminal High Altitude Area Defense) and shipbased Aegis ballistic missile defense systems to Israel to simulate the interception of missile salvos against Israel. source – JPost

The American systems will work in conjunction with Israel’s missile defense systems – the Arrow, Patriot and Iron Dome.

Scheduled for May, the drill is called “Austere Challenge” and is expected to see the deployment of several thousand American soldiers in Israel. It will also include the establishment of IDF command posts at European Command headquarters in Germany – with the ultimate goal of establishing joint task forces in the event of a largescale conflict in the Middle East.

The US General also visited one of Israel’s three Iron Dome anti-missile outposts. The Israeli Air Force has announced plans to deploy a fourth Iron Dome system in coming months. While US troops will be stationed in Israel for an unspecified amount of time, Israeli military personnel will be added to United States European Command (EUCOM) in Germany.

This is while the US is reportedly bringing its Terminal High Altitude Area Defense (THAAD) and ship-based Aegis ballistic missile systems to Israel.

The White House has resumed its anti-Iran war rhetoric after the International Atomic Energy Agency (IAEA) released a report in November, in which Tehran was accused of conducting activities related to developing nuclear weapons. Iran strongly dismissed the allegations.

US analyst Robert Parry said the documentary evidence showed that IAEA Director General Yukiya Amano was installed with the support of the US and that he privately indicated to US and Israeli officials that he would help advance their goals regarding Iran.

In December, Iran’s Navy launched massive 10-day military drills in the strategic Strait of Hormuz to show that the country is ready to defend itself against any attack.

“We wanted to send this message to certain powers that Iran is always prepared to defend itself against foreign aggression,” Iran’s Navy Deputy Commander Admiral Amir Rastegari told Press TV.

Anti-Iran measures provoked by the US and Israel are aimed to deny Iran’s right of having peaceful nuclear program. Tehran, as a signatory to the Nuclear Non-Proliferation Treaty and a member of the IAEA, has repeatedly stated that its nuclear activities are solely for civilian purposes. source – PressTV