"When you think it can’t get any worse, it does,” Cruz said. “This year, I’m sorry to tell you, the United States Senate is going to be voting on... 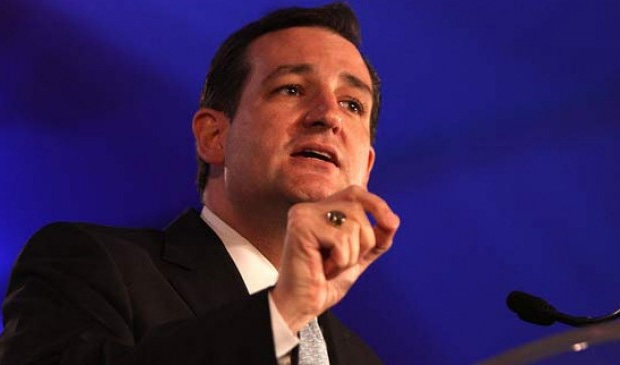 Sen. Ted Cruz dropped a bombshell, as you will see in this video, where he emphatically states that the United States Senate this year will vote on a Constitutional amendment to effectively repeal the First Amendment. This is Senate Joint Resolution 19 that Se. Cruz is referring to. It proposes an amendment to the Constitution of the United States relating to contributions and expenditures intended to affect elections.

Cruz: Obama To Repeal The First Amendment from Now The End Begins on Vimeo.

This vote will give the Congress the plenary power and unlimited authority to regulate political speech. The door that they plan on using revolves around campaign finance reform, but will extend to all areas of political speech across the board.

“When you think it can’t get any worse, it does,” Cruz said. “This year, I’m sorry to tell you, the United States Senate is going to be voting on a constitutional amendment to repeal the First Amendment.” “I am telling you — I am not making this up. Sen. Chuck Schumer (D-NY) has announced the Senate Democrats are scheduling a vote on a constitutional amendment to give Congress the authority to regulate political speech because elected officials have decided they don’t like it when the citizenry has the temerity to criticize what they’ve done,” he added. “I’ll note this amendment, which has 41 Democratic senators as co-sponsors – 41 Democrats have signed on to repealing the First Amendment, It explicitly says nothing in this new amendment shall abridge the freedom of the press,” Cruz said. “So The New York Times is protected, but it doesn’t say the same thing about the freedom of speech,” he continued. “It doesn’t say the same thing about religious liberty, what is says it that politicians in Washington have unlimited constitutional authority to muzzle each and every one of you if you’re saying things the government finds inconvenient.”