According to an article in The Baltimore Sun, Mayor Stephanie Rawlings-Blake will now lead the charge to seek “reimbursement” from the federal government for Baltimore’s expenses in dealing with... 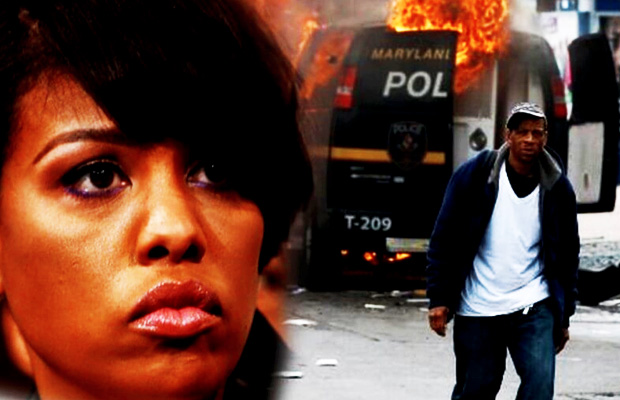 The dollar costs of the recent Baltimore riots are starting to be added up, and they’re staggering.

Not only are these figures climbing into the tens-of-millions of dollars, but Baltimore officials are looking for outside help to pay the bills — that means they want U.S. taxpayers to shell out to bail out the budget of a city criticized by many for doing little to stop the mayhem.

“I’ve made it very clear that I work with the police and instructed them to do everything that they could to make sure that the protesters were able to exercise their right to free speech,” Rawlings-Blake said during a press conference. We also gave those who wished to destroy space to do that as well.”

According to an article in The Baltimore Sun, Mayor Stephanie Rawlings-Blake — who infamously said she initially wanted to give the Freddie Gray rioters “who wished to destroy, space to do that” — will now lead the charge to seek “reimbursement” from the federal government for Baltimore’s expenses in dealing with the violent protestors, looters, arsonists and trouble-makers who terrorized parts of the city.

Baltimore’s finance director says, at this point, the price tag for the city’s part in covering riot expenses will be at least $20 million — that includes costs of police personnel and equipment. And guess where they want to go to get some of the money to cover that bill?

“Henry J. Raymond, Baltimore’s finance director, said the city can temporarily cover the costs from its rainy day fund while seeking reimbursement for up to 75 percent from Federal Emergency Management Agency,” reports The Sun newspaper.

Those federal funds would, supposedly, be made available if President Obama issues a disaster declaration because of the widespread damage from the racially charged rioting and the police action in response to it. “The $20 million estimate released by city officials does not include the cost to businesses of the unrest. The figure also does not include state or federal costs. It’s unclear when those figures will be tallied.” source