The IDF staged a surprise drill at its base at the port of Haifa as Iran completed “war games” that included a threat on Israel. Haifa base commander Brigadier... 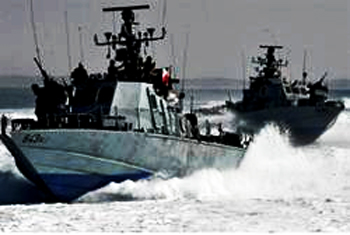 The IDF staged a surprise drill at its base at the port of Haifa as Iran completed “war games” that included a threat on Israel.

Iran claimed it tested a long-range missile that can reach Israeli bases as well U.S. military posts in the Middle East, but Russia rejected the idea that Iran has the ability to launch the missile Iran said it fired.

Haifa base commander Brigadier General Eli Sharvit, ordered the surprise drill to check the readiness of Israel Navy vessels to depart from port and head out to sea to conduct operation, the IDF said. A majority of the Israel Navy’s operational strength is based in Haifa, which was bombed several times by Hizbullah terrorists in the Second Lebanon War in the summer of 2006.

All vessels at the Haifa base, including missile boats, submarines, patrol ships and other vessels took part in the exercise.

“We must maintain high readiness and preparedness, in terms of the speed of ships leaving port and our ability to supply them, to enable them to function continuously at sea, for operational needs in various arenas,” Brig. Gen. Sharvit said.

He added that operational missions require the “highest fitness and readiness to meet short departure time frames, including logistical support capabilities during and after the departure of the vessels.”

The navy soldiers “fully met the requirements we set for ourselves,” he added, and the drill indicated “the high operational strength that characterizes the Haifa base.” source – Arutz Sheva