Some that there is no proof President Barack Obama was born in the United States and is therefore ineligible to be president. Democrats argued the bill exceeds the state's... 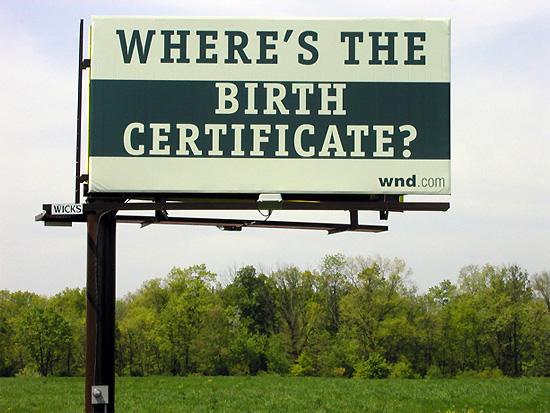 Just call it the Obama Bill

PHOENIX – The Arizona Senate has approved a revised bill requiring presidential candidates to prove they are U.S. citizens eligible to run for the office. The bill approved Wednesday gives candidates additional ways to prove they meet the constitutional requirements to be president.

It was prompted by the ongoing claim by some that there is no proof President Barack Obama was born in the United States and is therefore ineligible to be president. Democrats argued the bill exceeds the state’s authority and say state officials are not fully qualified to determine the validity of a candidate’s documents. Republicans argue the U.S. Constitution gives state legislatures the right to determine how federal elections are conducted.

Earlier this year, ABC15.com asked two state senators to share their opinions on a now defeated “birthright” bill that would have stopped babies born to non-citizen parents from becoming U.S. citizens.

State Senator Ron Gould (R) of District 3 said hundreds of thousands of illegal immigrants are crossing U.S. border to give birth, using their children as “anchors” to help pull themselves into permanent residency. Gould said we needed to remove the incentive for illegal aliens to cross our borders to have children, simply so they could receive financial benefits in the form of Americans’ hard-earned tax dollars.