Are You Willing To Be A Street Corner ‘Fool’ For Jesus Christ?

As Bro. Damien was dealing with Cody about his soul, and helping him to make the "great transaction" of his sins for Jesus Christ's righteousness, a curious thing happened.

The ringleader of the group, with her two friends, came up to me and Bro. Steve, and the very first thing she told us was “listen, I am a Christian just like you are, and I love the Lord.”

In just about an hour, we will once again head down to St. George Street in Saint Augustine, and stand on the street corner to preach and pass out eternity-changing gospel tracts. We have done this now for the past 4 years. It does not take a seminary education to do this, just a willing heart to be used of the Lord Jesus Christ to see people get saved from an eternity in a place called Hell. Could you do it? Yes, you surely can.

“And of some have compassion, making a difference: And others save with fear, pulling them out of the fire; hating even the garment spotted by the flesh.” Jude 1:22,23 (KJV)

Last week, Bro. Damien from our street team led a young man to the Lord named Cody, and it was a beautiful thing to see. The Bible says in 1 Corinthians 1:21 (KJV)  “For after that in the wisdom of God the world by wisdom knew not God, it pleased God by the foolishness of preaching to save them that believe.” How true that is. If you are willing to step into the ring and contend for lost souls on a street corner, like the apostle Paul did, you will certainly be perceived by some as a “fool”. But let me tell you, being a “fool for Christ” pays amazing dividends in eternity.

As Bro. Damien was dealing with Cody about his soul, and helping him to make the “great transaction” of his sins for Jesus Christ’s righteousness, a curious thing happened. Three women who had been having lunch on a second floor balcony restaurant on the street and had been listening to us preach for nearly an hour came over to speak with us. They were not happy. 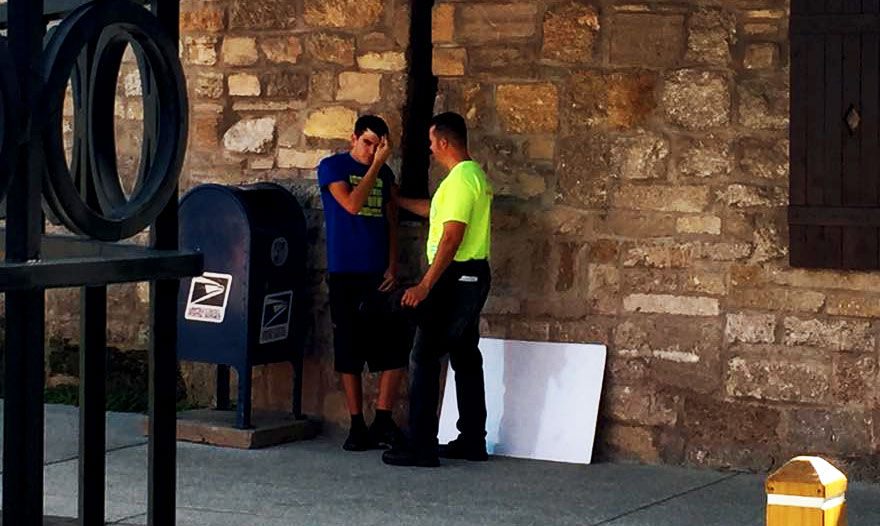 The ringleader of the group, with her two friends, came up to me and Bro. Steve, and the very first thing she told us was “listen, I am a Christian just like you are, and I love the Lord.” I immediately looked over at Bro. Steve and we both rolled our eyes because we had heard this “sermon” many times before. After taking pains to repeatedly remind us that she and her two friends were “Christians just like you are”, she then proceeded to rip into us for what she called the “offence of street preaching”.

Without ever giving her name, she blasted us for “cheapening the gospel” and doing something that she said most people would “find offensive”.  After a few minutes of that, her two friends chimed in and told us that even their waitress called us “Christian zealots”. (at which point Bro. Steve and I high-fived ourselves). At this point, I now had a question for them. 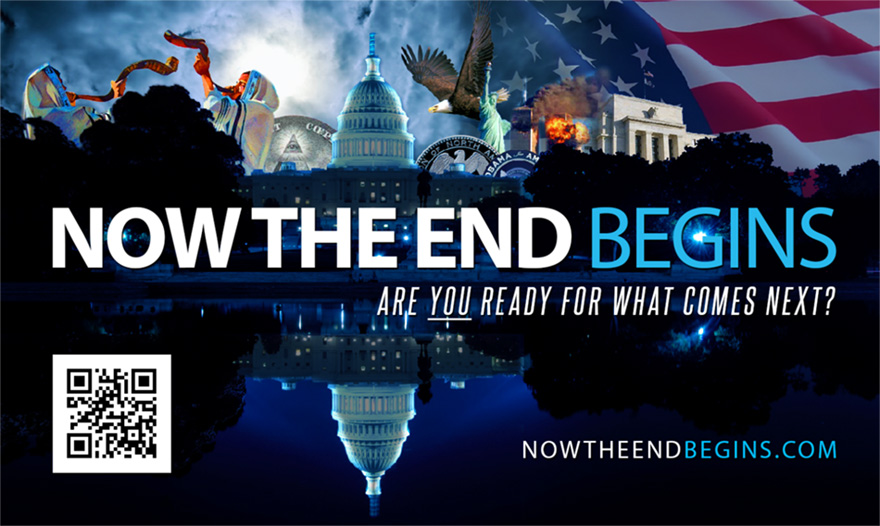 NTEB gospel tracts are bright, 4-color, and printed on glossy postcard stock. On the back is a laser-focused gospel presentation and salvation invitation to the reader. We have personally handed out thousands and thousands of these tracts, and can testify that they are very well received. Click to order yours now!

I pointed over to where Bro. Damien and Cody were still quietly talking, and I asked them to take a long, hard look at their conversation. “Do you know what’s happening there?” I asked them. “No”, they replied, “we do not”. I told them that Cody had just gotten saved because we were being faithful to the Lord’s command to “go out into the highways and hedges” and tell people about Jesus. At this they sputtered a bit, and appeared genuinely flustered. Evidentially they had never seen someone get saved on the street, or maybe anywhere else for that matter. Still, they were too deep into blasting us, and were unable to admit that someone getting saved was actually a good thing. A few minutes more and they walked away.

Now, let me tell you what those three women were right about:

Jesus says that the last Church before the Rapture will be the cold, dead Laodicean church that is much more concerned with their financial status and standing in the community than they are about seeing lost people saved from an eternal Hell. But that does not have to be you, not by a long shot.

Click here to order your box of NTEB Gospel Tracts and start doing what you can to see lost people get saved, and the prodigals come home.

“Only one life, ’twill soon be past, and ONLY what’s done for Christ will last”.