The next time you update your iPhone software, Apple will be able to track you down to the exact corner of the room you are in.... 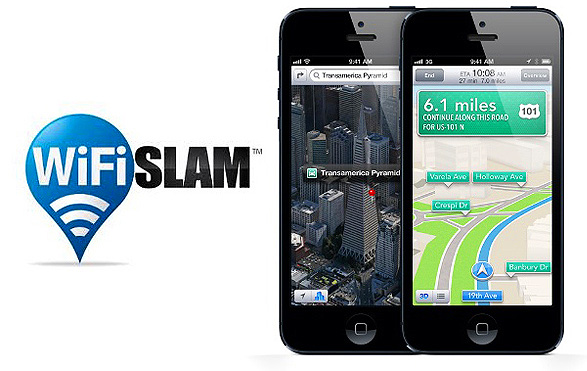 The next time you update your iPhone software, Apple will be able to track you down to the exact corner of the room you are in. Now why would they need to know that? Hmmm....
by Geoffrey Grider March 25, 2013
NOW THE END BEGINS SHARE:

For many years now, NTEB has been telling you of the coming worldwide tracking system that, one day, will be connected to the Antichrist and the Mark of the Beast. We call it the 666 Surveillance System. Please keep that in mind as your read the story below…

From Fox News: Apple is looking to beef up the iPhone’s indoor location capabilities by acquiring WiFiSlam. According to The Wall Street Journal, which first reported the deal, Apple paid $20 million to scoop up the two-year-old startup based in Silicon Valley.

The next time you update your iPhone software, Apple will be able to track you down to the exact corner of the room you are in. Now why would they need to know that? Hmmm….

Using Wi-Fi signals, WiFiSlam determines a user’s location within buildings, which has implications for shopping, advertising and social networking. According to WiFiSlam, its technology can pinpoint a smartphone with 2.5 accuracy.

“We are building the next generation of location-based mobile apps that, for the first time, engage with users at the scale that personal interaction actually takes place,” a description reads on AngelList’s investment page for WiFiSlam. “Applications range from step-by-step indoor navigation, to product-level retail customer engagement, to proximity-based social networking.”

Perhaps WiFiSlam’s technology could help Apple not only makes its iAd platform more robust by delivering location-based offers but enhance the accuracy of its Passbook service. We’ve received lock screen notifications for Walgreens while we were a quarter of a mile away.

Apple gets some Google juice out of the deal, too. WiFiSlam’s co-founder, Joseph Huang, is a former Google software engineering intern. And one of the company’s angel investors was a Google employee. source – Fox News