Mr. Netanyahu, forget Obama, and as much as it hurts to say this, forget America as well. We voted yesterday to return to office a man of Muslim origin... 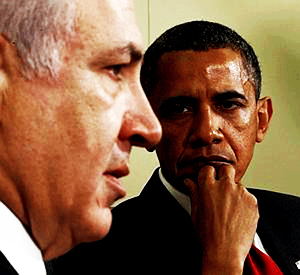 Hatred for Israel oozing from every pore of his body...
by Geoffrey Grider November 7, 2012
NOW THE END BEGINS SHARE:

“Behold, he that keepeth Israel shall neither slumber nor sleep. The LORD shall preserve thy going out and thy coming in from this time forth, and even for evermore.” Psalm 121

The winds of change have shifted against you

Hatred for Israel oozing from every pore of his body…

No, what happened last night was a barometer of how we, as a nation feel about the issues in front of us. We didn’t vote with ballots so much as we voted with our hearts, with our passions, and with our national vision of who America shall be for the next four years.

On the sanctity of life. America showed last night that we no longer value human life. I say this because we re-elected a man who whole-heartedly condones and supports the murder of unborn Americans in the womb of their mother. Since 1967, we have killed over 54,900,000 unborn babies, a holocaust by anyone’s standards. And Barack Obama is more pro-abortion that anyone who served as president before him.

In 2003, Obama was asked if he was pro-choice on abortion “in all situations including the late-term thing.” Obama replied: “I’m pro-choice.” In 2012 he is even more dedicated to the killing of the unborn. Ask yourself this, Mr. Prime Minister…if Obama cares nothing for the murder of innocent lives, why then would he care in the least bit about the murder of Israeli lives?

On Islamic Terrorism. From the moment Obama took office in 2008,he made well-known to the world his love to Islam and the Muslim people. In his Cairo speech, he pledged to support and nurture Islam and the Muslim people. Has he ever set foot in Israel and made a speech affirming his love for the Jews? Has he ever, as president, visited Israel for any purpose of any kind? No, he has not.

So I have known Islam on three continents before coming to the region where it was first revealed.  That experience guides my conviction that partnership between America and Islam must be based on what Islam is, not what it isn’t.  And I consider it part of my responsibility as President of the United States to fight against negative stereotypes of Islam wherever they appear. – Barack Hussein Obama. Cairo 2009

He is fighting for Islam, and he is fighting against Israel. He will put the national interests of any Muslim nation over the interests and security of Israel every time. The only reason why Israel still receives support and funding from America is because Congress overrides Obama. But after last night’s election, I dare say you may no longer count even on that. The fact that America re-elected a president who hates Israel should be telling you how drastically the national temperament towards your great nation is shifting. Bible-believing Christians will never stop supporting you, Mr. Netanyahu, but we are not in power in America any longer. We have become the cast out minority.

On Israel. There is so much to say on how Obama feels towards Israel, and this video just about says it all:

On Iran and their nuclear facilities. Perhaps the greatest bit of foreign policy showmanship that Obama has ever displayed has been in the amazing finesse he has exercised in getting Israel to not attack Iran. He was worked relentlessly, tirelessly and around-the-clock to make sure that you didn’t take out the Iranian nuclear facilities with a tactical strike.

The United States has indirectly informed Iran, via two European nations, that it would not back an Israeli strike against the country’s nuclear facilities, as long as Tehran refrains from attacking American interests in the Persian Gulf, Yedioth Ahronoth reported Monday.

What further proof do you need?

Israel must go it alone. Mr. Prime Minister, Israel stands alone as the only nation to ever exist that had a national covenant with God. And that covenant, made in Genesis 12 between God and Abraham, is still in effect today. I opened with letter with the precious promise from God Almighty to awake and arise to defend the nation of Israel.

Forget Obama, and as much as it hurts to say this, forget America as well. We voted yesterday to return to office a man of Muslim origin who hates you and hates Israel with every fiber of his being. You don’t need the support of the American president and you do not need American military might to defend you. You have the God of Abraham, the God of Issac and the God of Jacob to fight for you.

Let me close with this admonition and prophecy from the prophet Joel. I believe that as you ponder on these words from the Holy Scriptures, it will become quite clear to you the path you must take, and without delay. Time is not running out…it is now gone.

“Proclaim ye this among the Gentiles; Prepare war, wake up the mighty men, let all the men of war draw near; let them come up: Beat your plowshares into swords, and your pruninghooks into spears: let the weak say, I am strong. Assemble yourselves, and come, all ye heathen, and gather yourselves together round about: thither cause thy mighty ones to come down, O LORD.

Let the heathen be wakened, and come up to the valley of Jehoshaphat: for there will I sit to judge all the heathen round about. Put ye in the sickle, for the harvest is ripe: come, get you down; for the press is full, the fats overflow; for their wickedness is great. 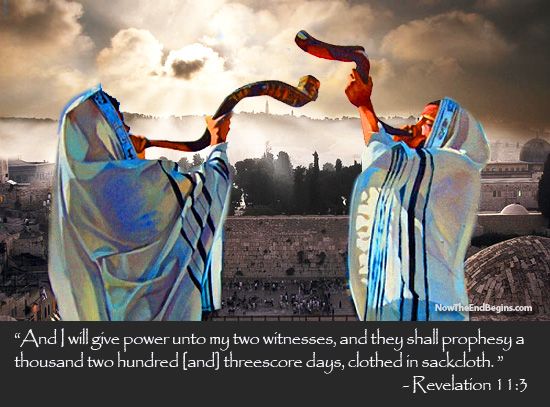 The LORD also shall roar out of Zion, and utter his voice from Jerusalem; and the heavens and the earth shall shake: but the LORD will be the hope of his people, and the strength of the children of Israel.” Joel 3:9-16

May the Holy God of Israel lead you and guide you, Mr. Prime Minister. We, the millions of bible-believing Christians still left in America and around the world, stand with you and with the nation of Israel till the very end.