Aided By Obama’s Stalling, Iran On Brink Of Having Working Nuclear Bombs

Iran plans to build many new nuclear plants with atomic reactors along its coastlines with the Persian Gulf and Caspian Sea, Iran’s top nuclear official announced on Thursday.... 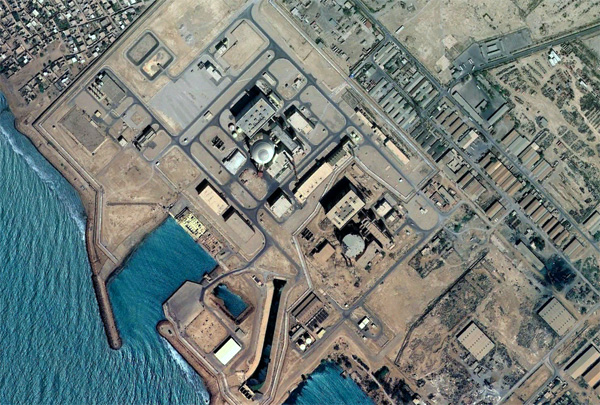 The greatest gift that Obama has given the Iranians has been the time and space they need to finish building nuclear weapons. It should be clear to Israel at this point that they alone must take out Iran. The United States, led by Obama, has no plans to do it and indeed will not do it.

From Washington Free Beacon: Iran plans to build many new nuclear plants with atomic reactors along its coastlines with the Persian Gulf and Caspian Sea, Iran’s top nuclear official announced on Thursday.

Iranian leaders, however, have remained defiant in the face of talks, announcing on Thursday that Tehran will build “enough atomic reactors to generate a total of 20,000 megawatts of electricity by 2020,” according to the country’s state-run Fars News Agency.

Top Iranian leaders and those involved with negotiations have also been quoted in the Persian language press as rejecting key details of the proposed nuclear deal.

Iran also announced that it was China’s largest oil supplier in the month of September.

“We are considering construction of power plants along the coasts of the Persian Gulf and the Caspian Sea as well as the Central parts of Iran, but priority is given to the Persian Gulf coasts because we want to pave the way for [the construction of] water desalination facilities to supply drinking water for the Southern provinces of Iran,” Ali Akbar Salehi, the head of Iran’s Atomic Energy Organization (IAEO),  said Tuesday Fars reported.

At least 34 sites have already been designated for future nuclear power plants, according to Fars.

Salehi also suggested that Iran’s top nuclear negotiators lack the authority to agree to a deal with the West.

The IAEO, he claimed, also plays a role in Iran’s nuclear decision-making and would instruct negotiating officials, according to a Farsi-language Fars article translated by the Open Source Center.

Around 13,000 people are involved in Iran’s nuclear sector, according to Salehi, who also revealed that Russia could soon begin construction on a second nuclear power plant in Iran.

“We had a meeting [with Russians] at the beginning of this week regarding the signing of a protocol on the construction of the next power plant,” Salehi told Fars in Persian last week. “Once this protocol is prepared, Russia will start the constructing of another power pant in Bushehr.”

The latest power plant models “have been designed and are ready to be constructed, and the foundation of the next power plant is prepared in Bushehr,” where the Russians are helping Iran run final tests on another soon to be completed nuke plant, Salehi said.

Russia has helped Iran quicken its nuclear pace, according to Salehi.

“We worked with the Russians and it is a good opportunity, because it expedites our work and is not aimed at diminishing political pressure,” he said. Iran’s top nuclear negotiators have also been quoted in the Iranian press downplaying progress in talks.

Iranian deputy foreign minister Abbas Araqchi, who played a lead role in the negotiations, said that the Iranian side made “no commitment,” according to Iran’s conservative Tasnim News Agency.

Araqchi’s comments run against Western reports claiming substantive progress in the most recent round of negotiations. Iran’s main goal is to preserve its nuclear enrichment program, according to Araqchi.

“The country’s proposal presented in the latest talks between Tehran and world powers was aimed at protecting Iranian rights to use nuclear energy for peaceful purposes,” Tasnim reported this week.

“The defined goal is safeguarding Iran’s nuclear rights, both in terms of uranium enrichment and in [the] fuel production field,” Araqchi was quoted as saying.

Once the West is “assured” that Iran’s nuclear program is “peaceful,” the “sanctions would be totally lifted,” Araqchi claimed.

Iran reportedly presented to the West a “three-step plan” and promised to consider a proposal known as the “Additional Protocol,” which would make Iran subject to strict nuclear inspections, according to Tasnim.

Araqchi has also been telling Iranian lawmakers that the issue of Fordow, one of Iran’s top nuclear enrichment facilities, is not even on the negotiating agenda.

Araqchi reportedly told the West during talks that “Tehran would not stop uranium enrichment and that the closure of Fordow was not on the agenda of the Iranian negotiating team,” according to Iran’s Press TV.

Fordow has long been used by Iran to enrich uranium, the key element in a nuclear bomb. Iran has been producing 20 percent enriched uranium at the site for several months now, according to the Institute for Science and International Security (ISIS).

ISIS announced in a report late Thursday that Iran would have the ability to create weapons grade uranium by mid-2014, though its ability to produce a working nuclear weapons could come much sooner. source – Washington Free Beacon