The violence in Mexico continues to spin out of control as drug cartels run wild and battle one another in the streets. Just following an attack in the northern... 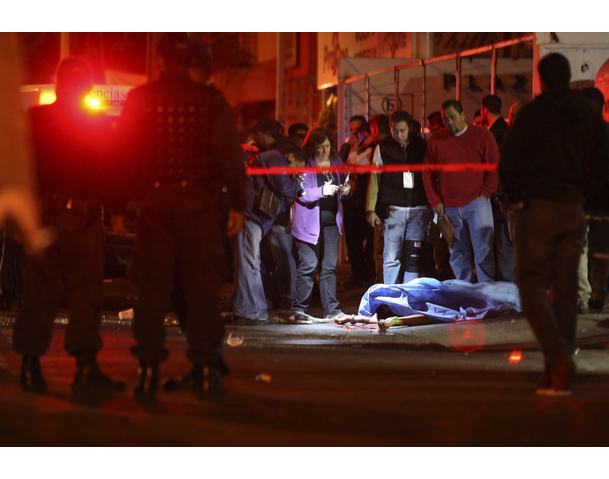 The violence in Mexico continues to spin out of control as drug cartels run wild and battle one another in the streets. Just following an attack in the northern Mexico city of Monterrey that left eight dead, there was an attack on a nightclub in Guadalajara killing six more. The cartels are ruthless in their pursuit to gain power and turf in Mexico, and violence has already spilled across the border into the United States. Places like Laredo, Texas have seen a fair amount of violence, and in Phoenix, the kidnap capital of the U.S., the connection has been made to Mexican cartel activity. Just days ago, two teenagers from El Paso were senselessly murdered while looking at car in a dealership just across the border. There is no end in sight to the growing violence, and eventually this will become a problem that the United States will have to deal with head on.

The United States has poured money into Mexico to aid the police in the fight against the drug cartels, but there is so much corruption in Mexico that undoubtedly, some of that money has gone to those already working with the cartels, and even directly into the hands of cartel members.

GUADALAJARA, Mexico  — Armed men opened fire and hurled a grenade into a crowded nightclub early Saturday, killing six people and wounding at least 37 in a western city whose former tranquility has been shattered by escalating battles among drug cartels.

While there have been isolated grenade attacks around the city, Saturday’s was the first to be thrown into a crowd and cause so many injuries.

The U.S. Consulate in Guadalajara recently warned U.S. citizens not to drive at night in parts of the city after suspected drug-gang members burned vehicles and blocked streets.

Such alerts have become common for highways in some areas of northern and western Mexico, but not for Guadalajara, which is known more for its mariachi music and tequila than as a focal point of a drug war that has claimed nearly 35,000 lives since 2006.  source: Fox News