The Ophel Inscription, a small fragment of ancient pottery found in modern Israel has shed light on its Biblical inhabitants and could prove that the reigns of King Solomon... 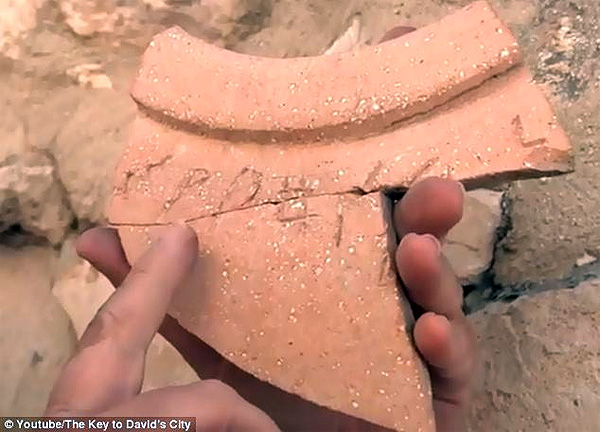 The 3000-year-old Ophel Inscription was unearthed last year and scientists were initially baffled by the bizarre language that was inscribed on the remains of what was once a jug
by Geoffrey Grider August 1, 2013
NOW THE END BEGINS SHARE:

As bible believers, we do not need any archaeological discoveries to “prove” the bible is the word of God. We accept it fully by faith because God has declared it to be so. But discoveries like this are always interesting and noteworthy just because its cool to see remnants of biblical history come to light after thousands of years.

“The words of the LORD are pure words: as silver tried in a furnace of earth, purified seven times. Thou shalt keep them, O LORD, thou shalt preserve them from this generation for ever.” Psalm 12:6,7

From Daily Mail UK: A small fragment of ancient pottery found in modern Israel has shed light on its Biblical inhabitants and could prove that the reigns of King Solomon and King David actually occurred.

The 10th century BC ‘Ophel Inscription’ was unearthed last year, and scientists were initially baffled by the bizarre language that was inscribed on the remains of a jug.

But leading expert Dr Douglas Petrovich believe the language is a primitive form of Hebrew which suggests the ancient Israelites were accurately recording history much earlier than previously thought.

When the inscription was originally discovered in December 2012, experts immediately presumed it was an example of Canaanite language. The Canaanites were a Biblical people who lived in what is now modern Israel.

But ancient Near Eastern history and biblical studies expert Dr Petrovich has said that this is incorrect and that the mysterious language is in fact the original and oldest form of Hebrew – placing the ancient Israelites in Jerusalem far earlier that previously thought.

‘Hebrew speakers were controlling Jerusalem in the 10th century [BC], which biblical chronology points to as the time of David and Solomon,’ he told FoxNews.com.

‘Whoever they were, they were writing in Hebrew like they owned the place,’ he added.

If the Dr Petrovich’s claim is correct, it could provide evidence of the accuracy of the Old Testament, and that the ancient Israelites were writing their history as things happened as opposed to writing it down hundreds of years later. 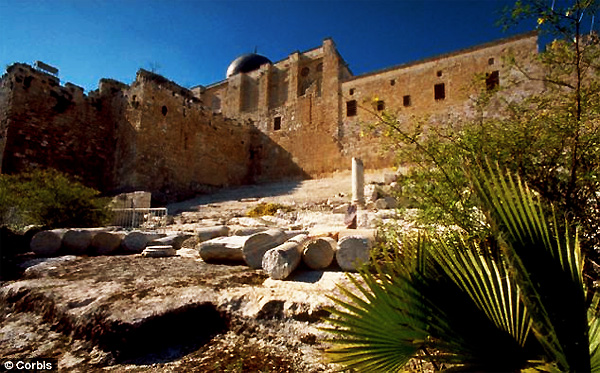 The inscription was found in Ophel, near near Temple Mount in Jerusalem (pictured) in December last year

This would make the Old Testament an historical account of real-life events. As expected, Dr Petrovich’s claims are stirring up controversy among the archaeological community.

Tel Aviv University archaeologist Israel Finkelstein told FoxNews.com that the Ophel Inscription is critical to the early history of Israel but that romantic notions of the Bible shouldn’t cloud scientific methods.

In 2008, when a similar inscription was found at a site many now believe is one of King David’s palaces, he warned against the ‘revival in the belief that what’s written in the Bible is accurate like a newspaper.’ source – Daily Mail UK