“People may not want to come to a church, but they’ll come to a bowling alley,” Moore explained. “People have needs other than spiritual needs. There’s a need for... 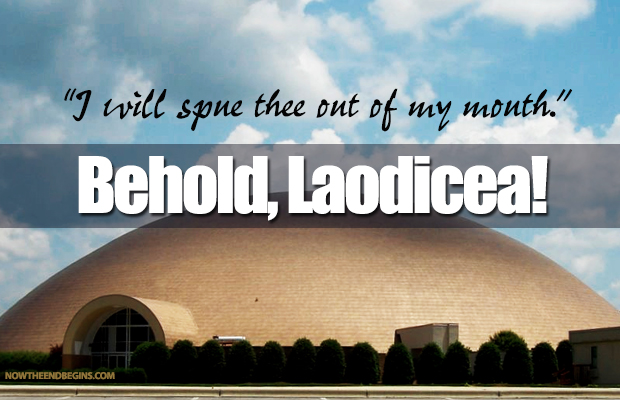 “And unto the angel of the church of the Laodiceans write; These things saith the Amen, the faithful and true witness, the beginning of the creation of God; I know thy works, that thou art neither cold nor hot: I would thou wert cold or hot. So then because thou art lukewarm, and neither cold nor hot, I will spue thee out of my mouth.” Revelation 3:1-3

The bible warns, straight from the mouth of Jesus Christ, that in the last days the professing Christian church would be very wealthy, very self-satisfied, would no longer preach the truth, and would relegate the Lord Himself  to standing outside and knocking to get back in. It would be a totally worldly, carnal, dead church.

That day has fully arrived.

BIRMINGHAM, Ala. – A mega-church in Alabama recently held an open house to celebrate the opening of its $26 million dollar, six-dome entertainment center, which some are stating is far from biblical Christianity and the example of the early Church.

Church 2014: Nightclubs, bowling alleys, fitness center, and teen dance club. Everything but Jesus and the Bible.

Faith Chapel Christian Center in Wylam, near Birmingham, completed the project on it 137-acre campus last year, all of which was funded by the tithes and offerings of its more than 6,400 members. The facility is located in a depressed area where a number of residents are low-income.

“We believe we can really meet the needs of the community,” leader Michael Moore, author of the book Rich is Not a Bad Word, told AL.com. “It will bridge people from the world to the Kingdom.”

“A time will come when instead of shepherds feeding the sheep, the church will have clowns entertaining the goats.” ~ C.H. Spurgeon

According to reports, the facility features—among other amenities—a 12-lane bowling alley, a basketball court, a fitness center, a banquet hall and cafe, a teen dance club, and an adult alcohol and smoke-free night club.

“People may not want to come to a church, but they’ll come to a bowling alley,” Moore explained. “People have needs other than spiritual needs. There’s a need for safe, clean, uplifting, family-oriented entertainment.”

He said that the open house held in July served in part to announce the six-dome structure, called “The Bridge,” to the community, and to “inspire” other churches nationwide to build similar facilities.

“Now we want the world to know,” Moore explained. “Our church wants to be an inspiration.”