The U.S. government actually has the tools and capabilities to spy on all its citizens. These eyes go well beyond red light cameras. Right now, the government is tracking... 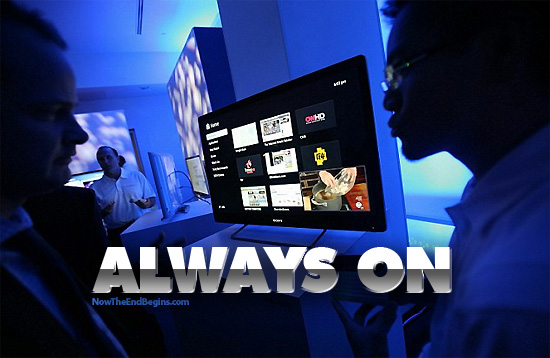 You are not paranoid, they really are watching...everything you send and everything you read.
by Geoffrey Grider May 8, 2012
NOW THE END BEGINS SHARE:

One of the running jokes in the 1980s was how the former Soviet Union spied on its private citizens. As comedian Yakov Smirnoff used to joke: “In Soviet Russia, TV watches you!” But here in America, we were all safe from the prying eyes of the government.

Fast forward to 2012, when the U.S. government actually has the tools and capabilities to spy on all its citizens. These eyes go well beyond red light cameras. Right now, the government is tracking the movements of private citizens by GPS, reading private citizens’ emails, and possibly even reading what you’re saying on Facebook. It does so all in the name of law enforcement and Homeland Security, of course — but whether or not that makes you feel safer is up to you.

1. The NSA is building a massive data center in Utah to read every email you’ll ever send.
Many of us are aware that little of what we say on social networks is really private. But you’d think your emails would be safe from prying eyes — especially those of your government. Not so, once the government completes work on a top-secret Utah data center reportedly built to spy on civilian communications.

The $2 billion facility, slated to be complete by September 2013, is allegedly designed to be able to filter through yottabytes (10^24 bytes) of data. Put into perspective, that’s greater than the estimated total of all human knowledge since the dawn of mankind. If leaked information about the complex is correct, nothing will be safe from the facility’s reach, from cell phone communications to emails to what you just bought with your credit card. And encryption won’t protect you — one of the facility’s priorities is breaking even the most complex of codes.

The good news (if there is any) is that the sheer volume of internet traffic and emails sent in a single day is far too much to be read by human eyes. Instead, the government will likely need to rely on complicated algorithms to assess each transmission and decide if they represent a security threat. So you’re probably out of the government’s earshot here… as long as you watch what you say.

2. The FBI maintains detailed files on numerous public, semi-public, and private figures.
Have you ever thought of taking a job with the government? If you value your privacy, think twice — the government runs incredibly extensive background searches on its high-profile applicants.

What kind of information does the government want from its applicants? Well, when former Apple CEO Steve Jobs was under consideration for a job with George H.W. Bush’s administration in 1991, the FBI compiled a massive file on him. Included in that file: the fact that Jobs had a 2.65 GPA, his history of marijuana and LSD usage, and his tendencies to “distort reality” and to “twist the truth” in order to achieve his goals.

Of course, Jobs is far from the only figure with an FBI file. Other public personalities profiled by the FBI include John Lennon, Marilyn Monroe, Jimi Hendrix, and even Anna Nicole Smith. If you’re curious about what goods the FBI has on you, you can always submit a request to view your own personal file. It is worth noting, of course, that the government doesn’t profile everyone — just certain people of interest.

3. Homeland Security is reading your tweets and Facebook status messages.
Unless you play around with your Twitter and Facebook privacy settings, just about anything you say is public. So it might not come as a surprise that the Department of Homeland Security is seeking contractors to build software and hardware capable of reading through what it calls “publicly available social media.” Essentially, the government wants to read through your tweets and status messages to see if there’s any information that might help in detecting threats.

There are some ground rules to the project. The government won’t pose as a Twitter follower and won’t accept or send any Facebook friend requests. Still, even with those restrictions, there’s a lot of information floating out there for the feds to read, even if most of it is nonsense about Justin Bieber.

4. Your ISP may soon be required to keep files on what sites you visit.
The idea sounds pretty far out there — a law that would require your internet service provider to keep constant tabs on you, along with detailed records of what websites you visited and when. But that’s exactly what the Hawaii state legislature proposed this January with H.B. 2288 and companion bill S.B. 2530. The bill, sponsored by State Rep. John Mizuno (D), “requires internet service providers… keep consumer records for no less than two years.” The bill then goes on to specify that these records must include “each subscriber’s information and internet destination history information.”

Thankfully, the bills’ sponsors withdrew the offending legislation from debate. But the reason wasn’t just public outcry. Also a factor was the fact that the U.S. House of Representatives is considering a similar bill titled Protecting Children From Internet Pornographers Act. That bill, sponsored and written by Texas Republican Representative Lamar Smith, would mandate that commercial ISPs create logs of customers’ names, bank information, and IP addresses. That information could later be used by attorneys seeking to prosecute in a criminal trial or even in civil cases and divorce trials.

Not much is private anymore
Between private companies violating your privacy and now the government, is there any way to avoid prying eyes? Not really, unless you make significant changes in the way you use the web. So before you send that next tweet or post that next Facebook status message, think about whether or not you’d be okay with a complete stranger looking at it — because that’s very well what may happen. source – Yahoo News