‘X’ Is Now a Gender Option in Australian Passports 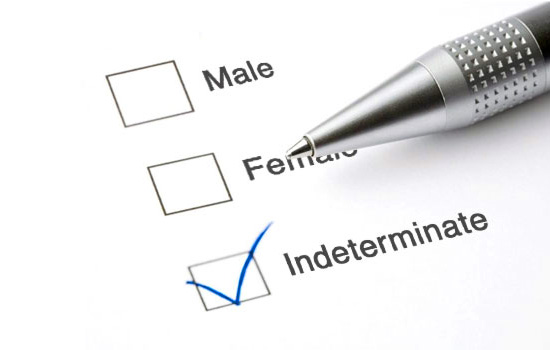 Are you an M, an F...or an X? Lol, and you thought there were only two gender options.
by Geoffrey Grider September 15, 2011
NOW THE END BEGINS SHARE:

Beware of the X

Are you an M, an F...or an X? Lol, and you thought there were only two gender options.

Transgender people, whose perception of their own sex is at odds with their biology, will be able to pick whether they are male or female if their choice is supported by a doctor’s statement. Transgender people cannot pick “X.”

Intersex people, who are biologically not entirely male or female, will be able to list their gender on passports as “X.”

Previously, gender was a choice of only male or female, and people were not allowed to change their gender on their passport without having had a sex-change operation. The U.S. dropped the surgery prerequisite for transgender people’s passports last year.

Any country that complies with the International Civil Aviation Organization’s specifications for machine-readable passports can choose to introduce a gender “X.”

Australian Sen. Louise Pratt, whose partner was born female and is now identified as a man, said the reform was a major improvement for travelers who face questioning and detention at airports because their appearance does not match their gender status.

“‘X’ is really quite important because there are people who are indeed genetically ambiguous and were probably arbitrarily assigned as one sex or the other at birth,” Pratt said. “It’s a really important recognition of people’s human rights that if they choose to have their sex as ‘indeterminate,’ that they can.”

“This amendment makes life easier and significantly reduces the administrative burden for sex and gender diverse people who want a passport that reflects their gender and physical appearance,” Rudd said in a statement.

Attorney-General Robert McClelland said while the change would affect few Australians, it was important because it would allow them to travel free of discrimination.

Peter Hyndal, who negotiated with the government on the reforms on behalf of the human rights advocacy group A Gender Agenda, said the new guidelines were in line with more flexible approaches to gender issues in passports issued by the United States and Britain.

“It’s amazingly positive,” Hyndal said. “It’s the biggest single piece of law reform related to transgender and intersex issues at a commonwealth level ever in this country — mind-blowing.” As many as 4 percent of people are affected by an intersex condition, but most never become aware of their minor chromosome abnormalities. source – MSNBC