Listen and understand. The game changed in Venezuela last night. What had been a slow-motion unravelling that had stretched out over many years went kinetic all of a sudden.... 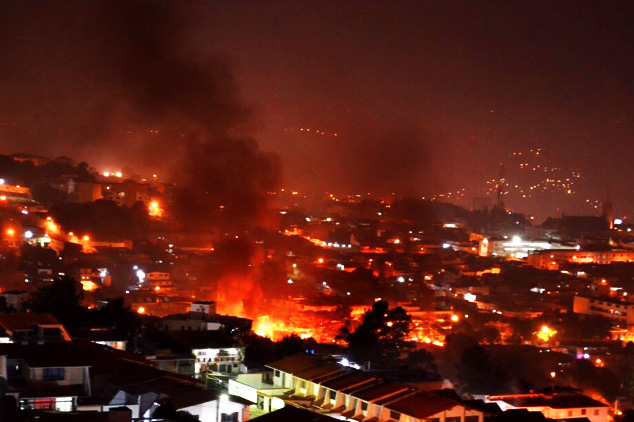 All you lovers of Socialism here in America better pay close attention. This is what happens in Socialist countries. This is what will happen here if our current infatuation with Socialism is not thrown off. We stand is solidarity with the Venezuelan people as we bring you this story from the Caracas Chronicle.

America, you are seeing your own future.

Listen and understand. The game changed in Venezuela last night. What had been a slow-motion unraveling that had stretched out over many years went kinetic all of a sudden. What we have this morning is no longer the Venezuela story you thought you understood.

Throughout last night, panicked people told their stories of state-sponsored paramilitaries on motorcycles roaming middle class neighborhoods, shooting at people and  storming into apartment buildings, shooting at anyone who seemed like he might be protesting.

People continue to be arrested merely for protesting, and a long established local Human Rights NGO makes an urgent plea for an investigation into widespread reports of torture of detainees. There are now dozens of serious human right abuses: National Guardsmen shooting tear gas canisters directly into residential buildings. We have videos of soldiers shooting civilians on the street.

And that’s just what came out in real time, over Twitter and YouTube, before any real investigation is carried out. Online media is next, a city of 645,000 inhabitants has been taken off the internet amid mounting repression, and this blog itself has been the object of a Facebook “block” campaign.

What we saw were not “street clashes”, what we saw is a state-hatched offensive to suppress and terrorize its opponents.

Here at Caracas Chronicles we’re doing what it can to document the crisis, but there’s only so much one tiny, zero-budget blog can do. 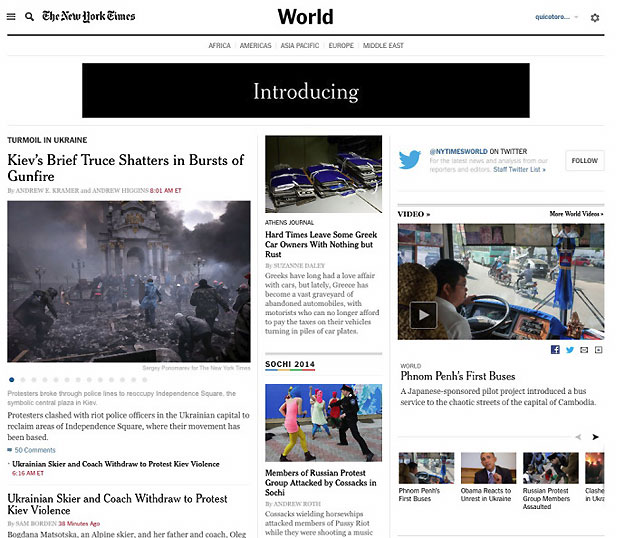 As of 11 a.m. this morning, the New York Times World Section has…nothing.

After the major crackdown on the streets of large (and small) Venezuelan cities last night, I expected some kind of response in the major international news outlets this morning. I understand that with an even bigger and more photogenic freakout ongoing in an even more strategically important country, we weren’t going to be front-page-above-the-fold, but I’m staggered this morning to wake up, scan the press and find…

Venezuela’s domestic media blackout is joined by a parallel international blackout, one born not of censorship but of disinterest and inertia. It’s hard to express the sense of helplessness you get looking through these pages and finding nothing. Venezuela burns; nobody cares. source – Caracas Chronicles