"The old Manny Pacquiao is dead and the new one has come." These are the very words of the boxing champ himself found quoted and featured in the main... 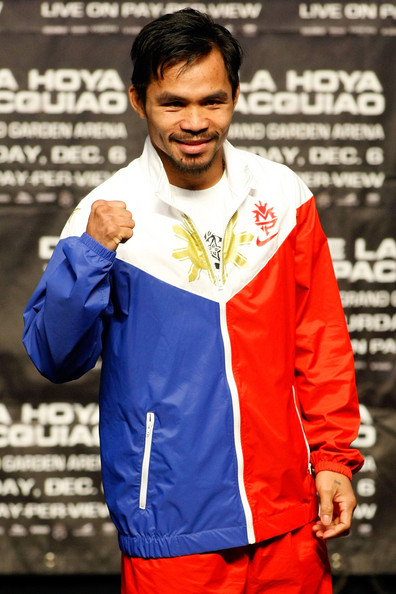 Manny "Pacman" Pacquiao is a Filipino professional boxer dubbed as the best pound for pound boxer in the world by most sporting news and boxing websites, including The Ring, BoxRec.com and Sporting Life.
by Geoffrey Grider March 26, 2012
NOW THE END BEGINS SHARE:

“Marvel not that I said unto thee, Ye must be born again. The wind bloweth where it listeth, and thou hearest the sound thereof, but canst not tell whence it cometh, and whither it goeth: so is every one that is born of the Spirit.” John 3:7-8

RELATED STORY: Walking Away From Rome 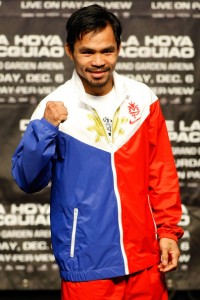 Manny "Pacman" Pacquiao is a Filipino professional boxer dubbed as the best pound for pound boxer in the world by most sporting news and boxing websites, including The Ring, BoxRec.com and Sporting Life.

Manny “Pacman” Pacquaio is a Filipino professional boxer and politician. He is the first eight-division world champion with six world titles on his belt, as well as the first lineal championship in four different weight classes. He was named “Fighter of the Decade” for the 2000s by the Boxing Writers Association of America (BWAA), and is also a three-time The Ring and BWAA “Fighter of the Year”,  for the years 2006, 2008, and 2009.

Currently, Manny Pacquiao is the WBO welterweight champion (Super Champion). He is dubbed as the best pound for pound boxer in the world by most sporting news and boxing websites, including The Ring, BoxRec.com and Sporting Life. Aside from boxing, Pacquiao is also known for acting, music recording, and politics. In May 2010, Pacquiao was elected to the House of Representatives in the 15th Congress of the Philippines, representing the province of Sarangani.

Known for his Catholic roots by many, Pacquiao is usually seen making the sign of the cross while on his corner before his boxing matches–a ritual hand motion made by most Catholics before or after praying. But the world’s boxing champion seems to have encountered God’s Truth in the Bible that has drastically and radically changed his life for the glory of God! His official website does not only showcase his work as a boxer and a Philippine Congressman, but has now recently showcased the champ’s new found life in Christ. The website is just plastered with Bible verses and videos of him preaching about the importance of being born again and the value of truly reading the Bible–the Word of God.

Reaching the lost by lifting up christians in the sports limelight

The recent wave of athletes beings raised up by God in the sports world is too much of a coincidence if we sit down and consider each of them today. The world is so ripe for the harvest and time is running short as we see biblical prophecies being fulfilled rapidly before our very eyes today. The urgency of spreading the gospel message of Christ Jesus is real and God made sure to make some attention-grabbing moves in the world today.

Starting with Tim Tebow’s John 3:16 eye-black that triggered thousands, if not millions, of football fans to look up John 3:16 in Google; to Jeremy Lin’s rise to fame in the basketball arena as a very outspoken Christian who has made it no secret that he thanks God for everything in his life; we now see a radically changed, Bible-preaching world boxing champion, Manny Pacquiao. 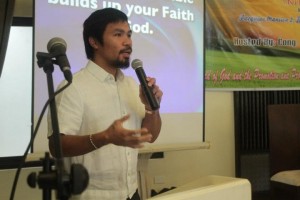 Pacquiao boldly shared what he has learned through the Bible and enumerated 10 reasons why it is important for everyone to read the Holy Book and the Truth that "we have to be BORN AGAIN.".

“The old Manny Pacquiao is dead and the new one has come.” (2 Corinthians 5:17) These are the very words of the boxing champ himself found quoted and featured in the main page of his official website. He has recently held a Joint Recollection of the Clergy for the Diocesan of Kidapawan, Marbel, Digos and Cotabato in the Philippines at the Pacquiao Mansion 2 in General Santos City which was attended by Revs. Dinualdo D. Gutierrez, D.D. (Diocese of Marbel); Romulo Tolentino dela Cruz, D.D. (Diocese of Kidapawan) at  Guillermo V. Afable, D.D. ( Diocese of Digos, Davao del Sur) and more than  200 Catholic priests from different parts of Minadanao.

Pacquiao boldly shared what he has learned through the Bible and enumerated 10 reasons why it is important for everyone to read the Holy Book.

“The Bible encourages us to read God’s Word in order for us to KNOW THE TRUTH,” he boldly preached in front of the big crowd of Catholic religious leaders. The bishops and priests who attended the recollection were impressed at how well Pacquiao preached about the Bible and marveled at his memorizing Biblical verses that he has shared during his talk. The attendees were even more impressed when the world boxing champ acknowledged his sinfulness and depravity as a Catholic and how he thought to have been a saved soul which he was not. Pacquiao mentioned that it is a life which he has now turned his back on to face the new life he has as a born again Christian in Christ Jesus.

Bible studies in the Pacquiao Mansion 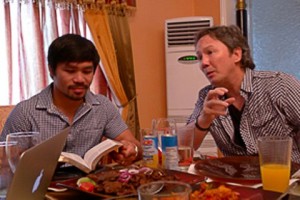 Pacquiao’s Mansion 1 seemingly turns into a house of worship by the daily increase of the attendees who are all eager to hear the word of God. – source – MannyPacquio.com