Images of witches being veiled in darkness, casting spells over cauldrons endure, but a new generation of Wiccans and witches have established growing communities in D.C. and across the country.  Like other Wiccans and witches, Stephens has come “out of the broom closet” -- a term that refers to publicly revealing one’s beliefs as a Wiccan or witch. They are fighting back against misinformation about Wiccans and witches.

Teighe Thorsen is a 29-year-old D.C. resident and witch who cofounded the group CityWitches in 2016.

“There shall not be found among you any one that maketh his son or his daughter to pass through the fire, or that useth divination, or an observer of times, or an enchanter, or a witch, Or a charmer, or a consulter with familiar spirits, or a wizard, or a necromancer. For all that do these things are an abomination unto the LORD: and because of these abominations the LORD thy God doth drive them out from before thee. Thou shalt be perfect with the LORD thy God.” Deuteronomy  18:10-13 (KJV)

EDITOR’S NOTE: Have you noticed that over the last few years, the fake news media has been running lots of “positive and uplifting” stories on the witch and wiccan communities? And just coincidentally, of course, they always seem to be right in time for Halloween. Gone are the pointy hats and wart-filled noses. Today’s witch is a ‘boss babe’ who is looking to ‘enhance her positivist’ by ‘connecting with the universe’. And if along the way she needs to cast a spell or two, what’s the harm? In every dispensation and in every age, God is against the black art of witchcraft in all its various forms. Today’s witch wants to put distance between themselves and the Devil, but that won’t work. The Devil is in the details.

To celebrate Samhain, a Wiccan festival that falls on the evening of Oct. 31, Washington, D.C. resident Elizabeth Stephens usually prepares a pot of jambalaya to honor her late grandmother and a plate of roast beef in memory of her parents. She marks the festival with witches and fellow Wiccans, who offer their own dishes as a part of the day’s feast. The table they set becomes patterned with platters that were the favorites of family members and friends.

As a part of the celebration, a black cloth is held above the heads of the attendees and cut with a knife through the center, representing an opening between the spirit and material worlds. After some time has passed, participants encourage the spirits to return to their realm and the cut in the cloth is sewn.

Images of witches being veiled in darkness, casting spells over cauldrons endure, but a new generation of Wiccans and witches have established growing communities in D.C. and across the country.

Teighe Thorsen is a 29-year-old D.C. resident and witch who cofounded the group CityWitches in 2016.

Thorsen said she created the group, which includes Wiccans, Pagans and other occultists, as “a place where the alternate outcasts of magic can actually come together and talk.”

Since starting CityWitches, Thorsen said she has seen an increase in interest from those inspired by her magic, including the rituals she writes on her Instagram, and a rise in members on the group’s Facebook page.

On her Instagram, Thorsen posts pictures of and describes in detail her magical practices. In one photo, she set up candles around a pentagram, with tarot cards, amethyst crystals and feathers surrounding the shrine. She occasionally posts photos of herself that show her colorful hair and amulets of jade and lapis lazuli.

Witches have repeatedly captured Americans’ imaginations. “The Craft” and the “Harry Potter” series are all hits, along with television shows like “American Horror Story: Coven.” But the visibility can create problems with perceptions. “This Halloween version of witchcraft” has made people assume about what Thorsen’s practices are, she said.

“Those are fantastical interpretations of what a witch is, but there is a little bit of truth to it,” Thorsen said. “There are things that you can do to affect certain results around you that most people won’t pick up on but you know how to do it.”

“It [magic] is a tool for personal development and empowerment as well as for changing your environment, for helping the people around you, and fear is never welcome. Fear is the antithesis of forward momentum,” Thorsen said. “What I practice in magic is fearlessness.”

Whereas witchcraft includes magical practices that can change from witch to witch, Wicca is a religion with a set structure, according to Penny Verin-Shapiro, a professor in the anthropology department at California State University, Fresno. Verin-Shapiro spoke to Wiccans and witches, studying their separate systems of beliefs, for her 2014 book “Central Valley Pagans.”

Verin-Shapiro found in her interviews with Wiccans and witches that many of them didn’t seem to fit into the religions that they followed previously and stumbled on something that made them want to convert. She said that the influx of information on the internet has contributed to more individuals identifying themselves within modern-day witchcraft and Wicca.

“It’s [the internet] made it a lot easier to find out information that was hidden before and to find a group, if you want to a group to work with or to learn from,” Verin-Shapiro said. “There’s just a whole lot more information out there now that is easily accessed.”

Along with the availability of information, a more accepting attitude toward other religions has allowed Wiccans and witches to be more vocal and visible with their beliefs, according to Verin-Shapiro.

“The general public has become more accepting that not everybody has to be Christian, that there are many ways to worship,” she said. “So it has become easier for some people to come out of the broom closet.”

Being “out of the broom closet” hasn’t always been an option.

For centuries, the word “witch” was associated with witch trials, including the famous Salem witch trials in the 17th century, which accused some of practicing and performing magic.

Witchcraft didn’t begin and end with the witch trials. From Caribbean Santería to Italian Stregheria to various voodoo practices in West Africa and Louisiana, witches have discovered methods to magic and medicine within themselves in the past and present.

Modern-day witches have created their own collection of magic practices, inspired by centuries of witchcraft from across the world, according to Laura, a 58-year-old Wiccan high priestess who asked News4 to withhold her last name because she does not want her children to be harassed because of her beliefs. She said she has considered herself a witch for more than 30 years.

“Within every faith, you can find some sort or form of magic worker or belief in energy, in that you are able to work with the energy forces,” Laura said. “Not all of those people would have necessarily called themselves witches, of course. But they were working with the same constructs.”

Laura said she has been interested in magic since childhood. She found Wicca through a teacher, who said she could trace her teachers back to the founder of the modern-day Wiccan movement.

Gerald Gardner, a member of the Masons, combined elements from ceremonial magic and folk tradition into what he coined Wicca, which means “to bend,” according to Laura. She studied different degrees of mastery in Wicca to become a high priestess.

“For me, it is literally seeing the giant web of life and how every touch upon it affects something else in ways that are often unexpected,” Laura said.

From honoring an earth goddess with a mindfulness about one’s effect on the environment to an awareness about the three-fold law, which says that any action put out into the world comes back to someone three times, the Wicca that Laura follows teaches her that “we fully responsible for our own words and that includes what goes beyond ourselves.”

Laura said that her teachings and traditions in Wicca aren’t all necessarily followed by other Wiccans or witches, who may observe a completely separate set of customs.

“If you talk to five witches, you are going to get ten different answers,” she said.

Laura has heard others describe what they think her religion is about: dancing naked, worshiping the devil and sacrificing animals. Those ideas are far from the truth, she said. She said she knows a man who lost visitation rights to see his child because a judge misconstrued his beliefs with Satanism.

“I’ve had people not take me seriously. I’ve had people be very condescending to me. ‘Are you a good witch or a bad witch?’ kind of thing. I kind of looked at them and said … ‘Find out,” Laura said.

Stephens too said she has seen how stereotypes have seeped into how people understand her beliefs. Once, when she was reading a Wiccan book of spells at a McDonald’s, a cashier asked her about the book. While Stephens explained her faith, the cashier told her that “Evil never makes sense.”

“It was the worst experience that I’ve had as a witch,” Stephens said.

Still, in the coven of three other witches that she’s a part of, Stephens has found a family that she sees almost every week in Virginia.

“A lot of people think that we’re evil, that we’re spawn of Satan, that we worship the devil. We don’t even believe in hell, much less Satan,” Stephens said. “We’re people. We have as much variety within ourselves as a group as any other group.” 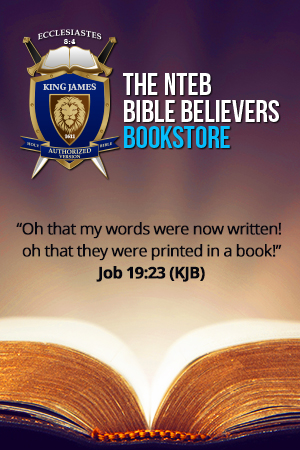 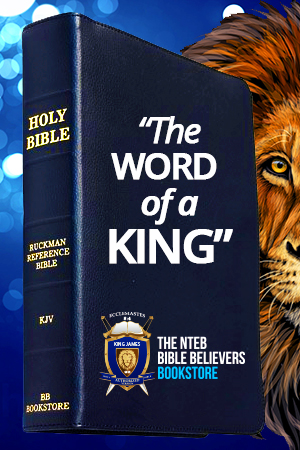