Why Does The EPA Need Military-Style Weaponry To Save The Environment?

“Protecting the environment just got real. With millions of dollars spent on military style weaponry, the EPA is now literally ensconced with all institutional force,” said Adam Andrzejewski, founder... 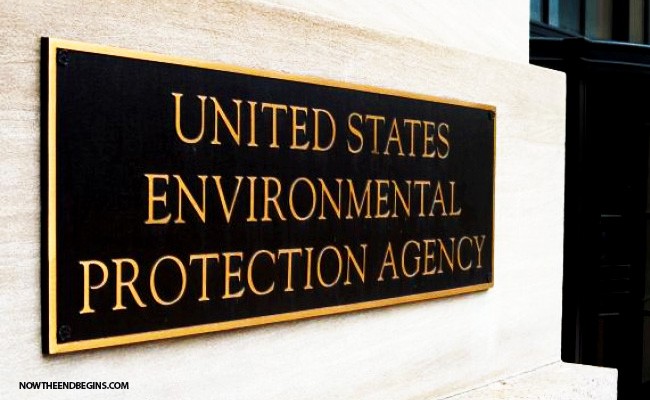 The Environmental Protection Agency has spent millions of dollars over the last decade on military-style weapons to arm its 200 “special agents” to fight environmental crime.

EDITOR’S NOTE: To even the casual observer, it should be obvious at this point that while the current administration preaches gun control, the United States government is in fact spending tens of millions to arm even benign agencies like the EPA with military-style weapons and armaments. Why would they do this? So they can ‘enforce the rules’ of the new ‘Climate Change‘ regulations. Welcome to 1984.

Among the weapons purchased are guns, body armor, camouflage equipment, unmanned aircraft, amphibious assault ships, radar and night-vision gear and other military-style weaponry and surveillance activities, according to a new report by the watchdog group Open the Books.

“Protecting the environment just got real. With millions of dollars spent on military style weaponry, the EPA is now literally ensconced with all institutional force,” said Adam Andrzejewski, founder of Open the Books and the author of the report.

“Our report discovered that when the EPA comes knocking they are armed with a thousand lawyers, arrest/criminal data, credit, business and property histories, plus a ‘Special Agent’ with the latest in weaponry and technology,” Mr. Andrzejewski added.

The agency spends nearly $75 million each year for criminal enforcement, including money for a small militia of 200 “special agents” charged with fighting environmental crime. Congress granted police powers to the EPA in 1988, during the Reagan administration.

The special agent “enforces the nation’s laws by investigating cases, collecting evidence, conducting forensic analyses and providing legal guidance to assist in the prosecution of criminal conduct that threatens people’s health and the environment,” according to the EPA’s website.

The EPA estimates that each Special Agent costs taxpayers $216,000 per year in salary, travel, equipment, training and other expenses, according to the report.

The EPA’s military weapons spending is just one example of the agency’s questionable purchases highlighted in the 40-page report.

Open the Books, a nonpartisan and nonprofit group based in Illinois, scanned tens of thousands of the agency’s spending contracts totaling more than $93 billion from 2000 to 2014. Among the findings were hundreds of millions of dollars on high-end office furnishings, sports equipment and “environmental justice” grants to raise awareness of global warming.

The report also reveals that seven of 10 EPA employees make more than $100,000 a year and more than 12,000 of its 16,000 employees were given bonuses last year despite budget cuts.

The EPA also employs more than 1,000 attorneys, making it one of the largest law firms in the country. The agency also sent over $50 million since 2000 to international organizations, including groups in Mexico and China. source