Why Does The Devil In ‘The Bible’ Look Exactly Like President Obama? 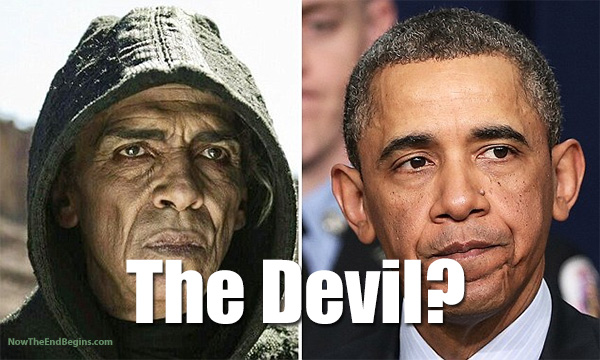 Sunday evening’s episode of the History Channel’s hit series ‘The Bible’ threw up an awkward coincidence when viewers noticed that Satan bore a remarkable resemblance to President Obama.

Twitter exploded into life during the airing of the latest edition of the Mark Burnett-produced series with most noting the striking similarities between the 44th President and the devil played by actor Mehdi Ouzaani.

HBO and the show’s creators, David Benioff and D.B. Weiss, apologized for the incident. ‘We condemn it in the strongest possible terms and have halted all future shipments of the DVDs, removed it from our digital platforms and will edit the scene for all future airings on any distribution domestic or international.’

Right-wing commentator and radio-host Glenn Beck first pointed out the eerie similarity on Saturday, tweeting, ‘Anyone else think the Devil in #TheBible Sunday on History Channel looks exactly like That Guy?’

Others were simply struck by the clear physical match. Matthew Gaudet commented, ‘Watching The Bible series on the History channel and noticed the guy playing the role of Satan, looks strikingly similar to Obama.’ source – Daily Mail UK