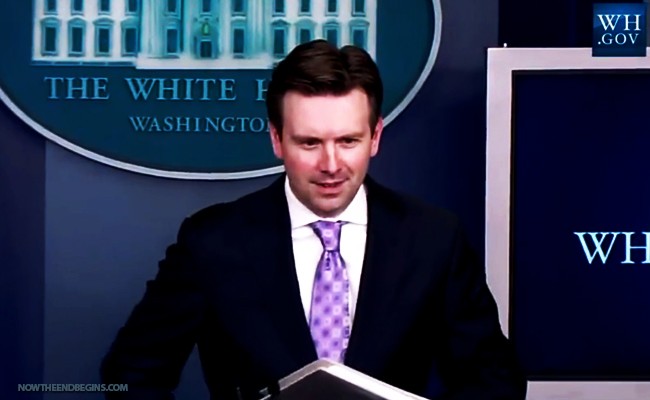 He stressed, however, that those violations are "entirely separate" from the historic nuclear deal reached between Iran and world powers.
by Geoffrey Grider October 13, 2015
NOW THE END BEGINS SHARE:

EDITOR’S NOTE: The Obama Iranian Nuclear Treaty deal has not even been enacted yet, and Iran has already violated it by conducting a highly-illegal ballistic missile test last week. Does this egregious act set off any warning bells within the Obama administration? Nope. In fact, WH Press Secretary Josh Earnest said today that Iran’s violation has no connection with the Obama deal at all. Nothing will stop Barack Obama from making sure that Iran goes nuclear, nothing. This is the greatest conspiracy in this country since LBJ conspired to have John F. Kennedy assassinated in 1963.

He stressed, however, that Iran’s violations are “entirely separate” from the historic nuclear deal reached between Iran and world powers.

“In contrast to the repeated violations of the U.N. Security Council resolution that pertains to their ballistic missile activities, we’ve seen that Iran over the last couple of years has demonstrated a track record of abiding by the commitments that they made in the context of the nuclear talks,” Earnest said.

At the State Department, spokesman Mark Toner added that the U.S. intended to raise the incident at the U.N., “and then we’ll continue to do this for any and all Iranian violations of U.N. Security Council resolutions.” He called the missile test “deeply concerning.”

It was the first such test since Iran and world powers agreed to the nuclear deal. The agreement called on Iran not to undertake any activity related to ballistic missiles capable of delivering nuclear weapons.

Iran says none of its missiles is designed for that purpose. source