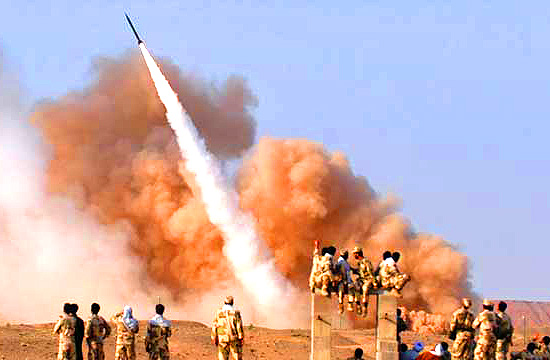 While the cat sleeps, the mice make great progress

Gotta hand it to that Obama. After two and a half years occupying the President’s chair, he was played 75 rounds of golf, hosted many Motown music parties, purchased an expensive yuppie dog, and make us all a little smarter about the “most beautiful sound in the world“, the Muslim call to prayer (as he has said many times). But there is one other thing you may not know that he is also to receive credit for. He has allowed Iran all the time and space it needed to 1). build a working nuclear reactor, 2). refine plutonium, and 3). create a viable missile program capable of hitting both Israel and American targets in the Middle East. Good job, Barry, we all knew you would take care of your people.

Airing video of one of the facilities as it began a new round of military exercises, Iran announced Monday that it has built its first ballistic missile silos. The hardened, underground launch sites will allow Iranian commanders to fire missiles more quickly, Iran’s state-run Press TV reported. A military statement carried by the official Islamic Republic News Agency said the silos were capable of launching long-range missiles.

Iran’s development of missile and nuclear fuel technology has led to U.N. sanctions and accusations from the United States that the clerical regime is trying to develop nuclear weapons.